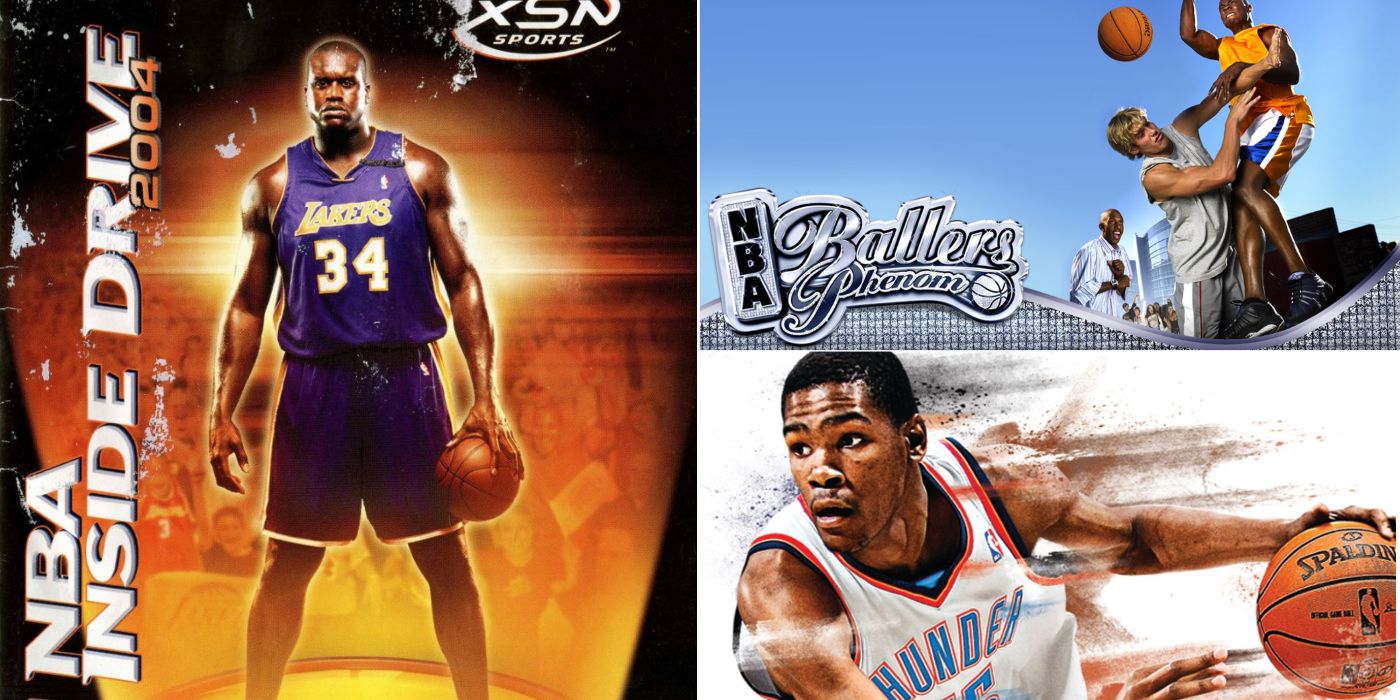 In the modern NBA, there are only two games released with regularity for basketball fans. NBA 2K, which dominates the sports video game market, and the occasional title NBA Live. Even then, EA Sports stopped making regular entries for the series with any consistency.

The current state of basketball games is a bit grim, as 2K currently has a stranglehold on the market. However, in the past, many regular NBA games have been released. In fact, there was a time when there were so many basketball games released that many titles were overlooked by fans.

THE SPORTSTER VIDEO OF THE DAY

This franchise was forgotten a week after the release of the last entry. In 2017, Saber Interactive decided to create a game similar to the beloved NBA Jam franchise. Titled “NBA Playgrounds,” it was a title that featured NBA legends and modern stars playing in an arcade-style game.

The initial game received strong reviews, as did the follow-up title in 2018. Unfortunately, the strong reviews at launch didn’t lead to lasting success, and the franchise has been dormant since the sequel.

Nowadays, there are no college sports video games due to legal reasons. However, two decades ago, the genre was booming. While everyone remembers the NCAA Basketball franchise, there was another popular series.

This series was dubbed “College Hoops” and was first released with ESPN and Sega producing the game. The rights were eventually purchased by 2K but ceased actively creating titles after 2008.

While NBA2K and NBA Live are today’s basketball franchises, they had to beat a lot of other competitors to stay on top. One of their main competitors in the early 2000s was the Sony-produced NBA ShootOut franchise.

The games were first-party franchises for the Playstation and Playstation 2, with the run spanning from 1996 to 2003. The titles were generally considered mediocre and even had some editions, like the 1999 release, canceled due to poor quality .

After NBA Live 2010, EA Sports decided to take the franchise in another direction. They decided to rename the series and planned NBA Elite to be released in November 2010 with Kevin Durant on the cover. However, after several awful demos were released, the game was canceled and NBA Live was relaunched the following year.

However, the game was actually released for IOS devices, with the Xbox 360 and Playstation 3 editions being canceled. Curiously, the title came out so late in its development that some copies were already in circulation. For this reason, you can buy the Playstation 3 edition of the game and play it today.

Sony’s San Diego studio is known for creating the beloved MLB The Show franchise. However, the team actually dabbled in the basketball genre for a few years and created first-party titles for Sony and the Playstation.

‘NBA’, with the latest franchise-changing edition titled ‘NBA: The Inside’, ran from 2005 to 2009. The games weren’t really considered bad, but rather mediocre. After the 2009 installment, the team decided to focus on creating baseball games.

In case it wasn’t crystal clear, the early 2000s had no shortage of options for basketball fans when it came to video games. While many of the titles released during this time were great, some were downright bad.

In 2002, Konami decided to cash in and create their own basketball game. NBA Starting Five was released to horrible reviews, as the game felt like an awkward mess. It was the one and only entry in the franchise.

Most NBA video games fall into one of two categories, either arcade or simulation. However, Midway Games decided to experiment and create the NBA Ballers franchise in 2006. The series fell somewhere between the two genres and saw players trying to take their created player from the streets to the NBA.

The series also emphasizes celebrity crossover, as rappers such as Ludacris are playable characters. The franchise received points for its creativity and received strong reviews, but was discontinued after 2008.

Years before Midway Games decided to create NBA Ballers, they experimented with the arcade genre. This experiment turned out to be the 2001 NBA Hoopz, which featured three-on-three style play and was similar to NBA Jam.

RELATED: The Worst Player Of The Last 10 NBA Championship Teams

Unfortunately for Midway, this title did not prove to be as popular as NBA Jam. NBA Hoopz only received one installment, which was cancelled. After this game, the team turned to creating the Ballers franchise.

ESPN NBA 2Night was a series of games developed by Konami that ran from 2000 to 2002. The series was a simulation-style title, which attempted to use the ESPN brand to its advantage and capitalize on the rise of the basketball genre .

The reason this series isn’t remembered is that it isn’t very good, with both versions garnering mixed reviews at best. After the second episode, Konami decided to shut down the franchise and focus on creating the NBA Starting Five game.

While Playstation had its exclusive NBA Shootout franchise, Xbox had its own answer. NBA Inside Drive, developed by High Voltage Software, was a series of games that lasted from 1999 to 2003.

Unlike the other titles on this list, the franchise has garnered very positive reviews. Nevertheless, the games did not appeal to fans, and Microsoft sold the franchise to Ubisoft in early 2005.