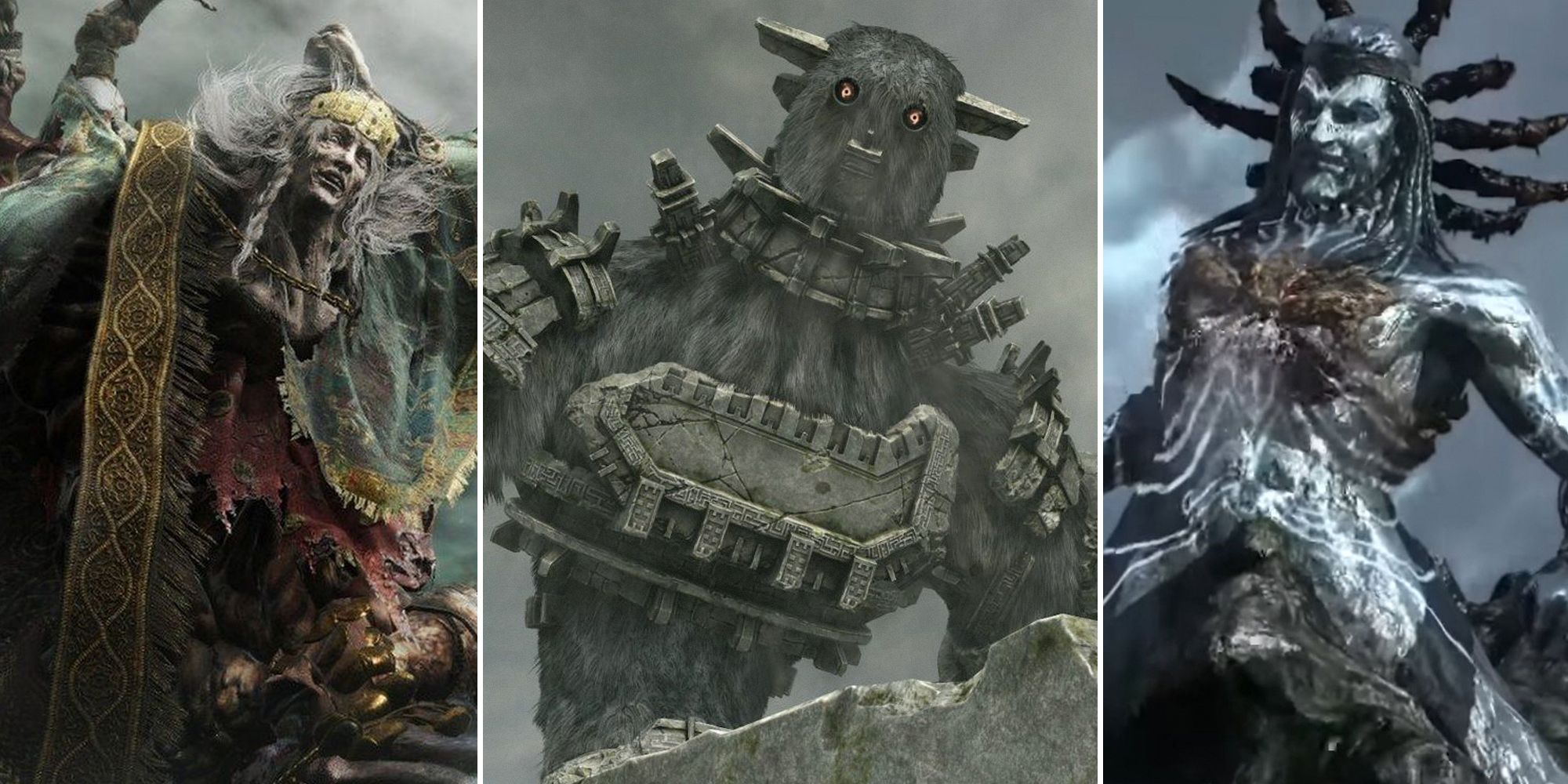 Characters are the heart of the game, and essentially they’re the ones that hold everything together, keeping players coming back. Unfortunately, in recent years, many triple-A titles have stuck to the same formula of making characters as realistic as possible, often at the cost of stripping away all of their individuality. This is why games with such the low the character designs are worth mentioning.

What makes comic book characters so memorable? It’s not because they roam the streets in casual clothes, but because they wear bat costumes and have silly names. These aspects are a staple of comics, as are the distinctive styles of these video game characters.

Without a doubt one of the strangest monsters in Final Fantasy 7 (which is saying a lot since it’s the same game containing the one-winged angel), Hell House is a boss you face in the Corneo Colosseum. At the start of the fight, it simply looks like a house on legs; it is only after its next phase that the head and arms emerge. Hell House’s design seems inspired by Baba Yaga, a witch from Slavic folklore who lives in a house standing on chicken legs.

Final Fantasy’s spin on this tale takes a more mechanical approach, but it’s easy to see the similarities. Evil houses in games are so rare that you can probably count their appearances on one hand.

No player is unaware of the existence of Pyramid Head or the importance of imagery in the Silent Hill series. Quite simply, it’s one of the most influential games ever made, with designs still inflicting the desired effect over twenty years later. When Pyramid Head first appeared, people kept talking about him, discussing his origins and what his design meant.

His popularity even extended to the point of inspiring The Evil Within character, The Keeper (sometimes known as Box Head), which has a safe for a head with barbed wire threaded through it.

8 The king of all cosmos – Katamari

With a title like King of All Cosmos, you have to leave a mark. How weird would it be if the king of all the universe was a man in a black one-piece suit and tinted glasses? In fact, it sounds like a fantastic idea, but the thing is, the Katamari developers knew what they were doing when they designed the King.

Most of her outfits feature colorful emblems and royal designs, her most recognizable piece by far being the giant antenna on her head.

Current Fallout games take a drastically different path than what was thematically present in the original. Now, instead of an isometric view and heavy focus on tactics and planning, recent versions are more geared towards the basics of RPG elements and choosing how your story unfolds. Perhaps it is because of this that the character designs have lost their charm, especially when looking at the best of the series, the Master.

RELATED: Ranking Every Fallout Game From Worst To Best

The Master is the villain of Fallout, who was once a human, but is now merged into the Cathedral’s computer network. His only discernible human feature is the head, and a computer screen sits where his heart once was.

The Gods of the God of War series always does its job to be as terrifying as possible, with their designs often incorporating their towering size on Kratos. The size of the gods extends to boss fights where Kratos must use inventive means to reach weak spots, rather than the usual method of aiming for a body part and slamming it until the enemy goes down.

These designs select the best pieces from Greek and Norse mythology, using those inspirations for more than just making a character look cool. Critical thinking was done on how these designs might work in movement, in combat, and as a guiding force in the plot.

Catherine Full Body is almost like a spin on Nightmare on Elm Street, if Freddy was more of a baby with a chainsaw or a zombified version of your ex. The story follows Vincent through his purgatory-like nightmares, which bleed into reality.

While in these nightmares, Vincent must progress through platforming stages, with the unfortunate downside being giant creepy monsters biting your heels the whole time. These bosses are inspired by characters in Vincent’s life, using his perception of them and turning things around.

Inspired by Lovecraft through and through, the beings of the Soulsborne universe are sure to leave a lasting impression on those who play them. Trivial as it is, each character has their moment to shine, so much so that fans love to delve into the mythos of these fleeting appearances. Additionally, each Soulsborne game has delivered its share of unique character designs that also mix up combat tactics.

Elden Ring, Dark Souls 3, and Demon’s Souls are all great examples of this, but when it comes to lore-fueled designs that look like nothing else, Bloodborne is the proven winner.

Persona users, by far, have the most amazing part-time job. They can wield arcane powers, wear suave outfits, and crack jokes with a talking cat, all while hanging out with their closest friends. While the band members have stylish looks, the visual appearance of the characters throughout the series is what everyone remembers.

Most of them share similarities with biblical figures and terms, which are further explored in their names as characters; Vishnu, Messiah, Lucifer and Beelzebub.

2 Colossus – Shadow of the Colossus

Do you remember the first time a game broke you? Where the tears started to flow, and you couldn’t help but burst into an ugly sob. For many of us, that moment first came during the completion of Shadow of the Colossus, when young children had to realize that the colossi they had slaughtered throughout the game were only not morally bad. So it’s a strange kind of feeling that this revelation administers.

At first glance, the Colossi look cuddly, perhaps something you’re compared to seeing in an animated children’s movie, though simultaneously their stature and inability to communicate with the protagonist leads us to believe that they are a menacing presence. Colossi are unique for their play on animals and folklore, which is obvious, but perhaps it’s the story ties that make these designs doubly awesome.

You know when you were a kid, and every media you consumed portrayed angels as beautiful people with white wings on their backs and a halo above their heads? Unfortunately, their biblical counterparts are a little more horrifying, which also makes Bayonetta one of, if not the most recognizable game in character design.

Bayonetta holds nothing back with her disturbing drawings, directly influenced by the description of angels in the Bible. Every being in this series likes to dress up for a crowd, desperately trying to outshine the other person on screen, though this is shown immensely more with the angels themselves. Maybe it’s the fashionista in them.