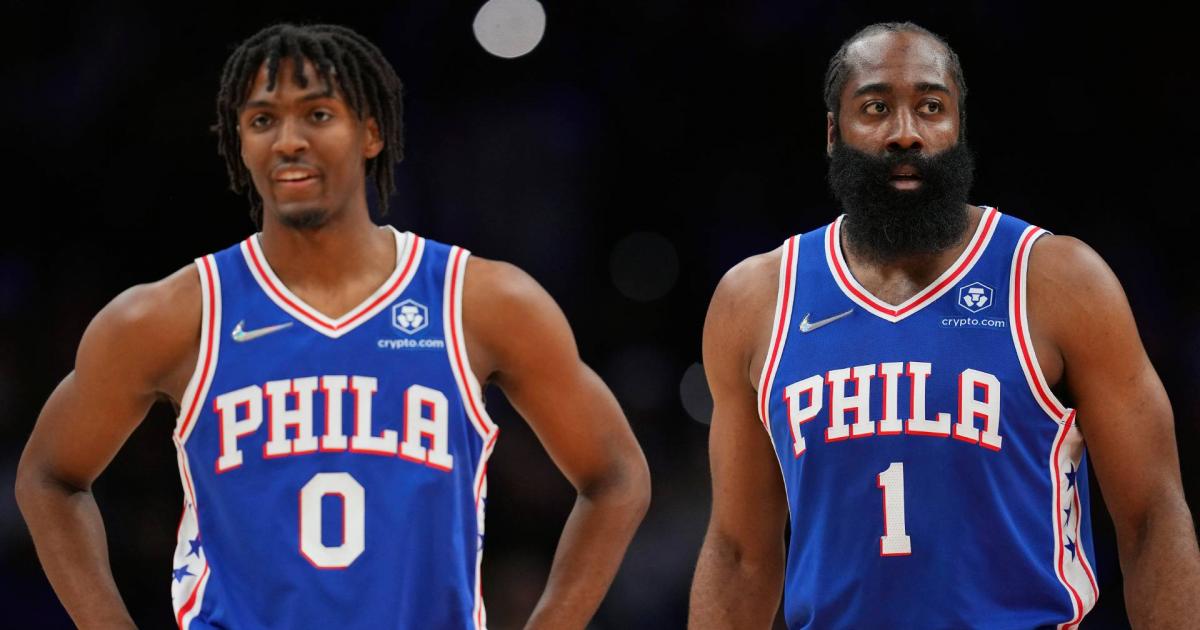 The 76ers have been firing on all cylinders since James Harden arrived in Philadelphia, winning their fourth straight game since the trade.

Harden has his fingerprints all over the offense, combining with Joel Embiid to form one of the most devastating punches in recent memory, but it’s not just the big man reaping the rewards of Harden’s game. .

Second-year guard Tyrese Maxey is absolutely relishing in the wide open spaces Harden has created, taking his third option role like a duck to water.

Sure, the sample size is small, but in the first four games of the new era in Philadelphia, Maxey is posting eye-catching numbers, averaging 26.8 points, 4.3 rebounds and 3.3 assists. on 64.9 (!) percent from the field and 70.0 percent from the 3-point line.

We promise we didn’t make up those shooting percentages. pic.twitter.com/csinSHA9bA

With Harden taking over ball handling duties, Maxey has been a blur for opposing defences, with lightning-fast speed and off-ball movement, creating a ton of open looks as defenses are forced to help Harden and crash into pick-and-roll when Embiid gets involved.

Maxey’s latest feat saw him score 33 points on 10-of-15 shooting (66.7%) from the field, including 5-of-6 3-pointers to go along with five assists and four rebounds in a win over the Cavaliers Friday.

So continues his tendency to step things up in the final two frames.

In their 123-108 win over the Knicks on Wednesday, Maxey had just four points in the first half before a few halftime words of encouragement from Harden kicked him into high gear.

“James came up to me and asked if I was going to play today,” Maxey said.

He then had 21 points in the final 24 minutes of action.

When the ball was in Maxey’s hands, he didn’t hesitate to let it fly.

Rese does his best to emulate JH. pic.twitter.com/53RYLL4xGY

In the absc best creators.

The 21-year-old loves being able to do what he does best – scoring.

“He’s back home when you think about it,” head coach Doc Rivers said. “He’s actually playing the position now that he’s been playing his whole life. So in some ways he’s very comfortable playing the way he plays.”

The 76ers have now climbed to the second seed in the Eastern Conference and are well within striking distance of the No. 1 seed, just 2.0 games behind the Miami Heat.

The best line in the league? pic.twitter.com/NVxmi9U8GQ

The early returns of the Maxey-Harden-Embiid trio should have the rest of the East looking over their shoulder as they look to continue building their chemistry with 20 games to go.