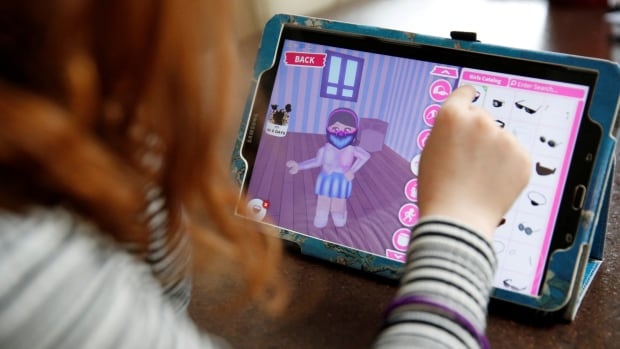 Concerns about what children are exposed to online are nothing newbut this week has brought to light another worrying possibility for parents.

According to a BBC investigation, Roblox, a popular online game played by children and adults, has sexually explicit rooms.

The site, which has around 150 million monthly active users, allows gamers to download and play games and connect with friends – or strangers – using blocky avatars.

The BBC report found that some users have created explicit rooms called “condo games” that may allow inappropriate conversations and activities between children and adults.

Now, the company and the report are clear: Sexually explicit spaces are not allowed on the site and are removed quickly — “usually … within minutes,” Roblox told CBC News in a statement.

Still, experts say parents can take steps to educate themselves and protect their children.

Is this common in Roblox?

Although these types of sexually explicit spaces have been found on other platformsin the case of Roblox, experts say these types of coins are hard to come by.

Matthew Johnson, Director of Education for Media Smarts in Ottawa, says a user should go out of their way to research these condos on the gaming platform.

“Your child, more importantly, isn’t just going to stumble upon these links,” he said.

In its statement, Roblox says the platform uses a combination of machine learning technology and moderators to remove condos.

“We have zero tolerance for sexual content or behavior of any kind, and we take prompt action against anyone who acts in violation of our community standards“, wrote the company.

Stephen Sauer, director of Cybertip for the Canadian Center for Child Protection, says that even in moderated spaces, the greatest risk is when children are lured away from that moderation to other gaming sites or apps.

Some games include chat features, allowing players to talk in real time with other people in the game.

If you’re worried about who a child is chatting with, Johnson suggests creating separate channels or chatting only with people your child knows in person in the game’s parental controls settings.

“You can make a video call so only people you actually know can communicate, and that’s true in any type of game, whether it’s Roblox, Minecraft or Fortnite.”

Keep an eye on usage

Johnson says parents should be involved in setting up the game and monitoring how their children use it.

“[It’s not] just virtual babysitting where you sit the kid in front of the iPad and you finally catch up on the laundry,” he said.

“You have to try to stay engaged and be aware of what they are doing.”

One way to do this is to configure their content filters together, allowing them to see which filters are actually in place.

And it shouldn’t be a one-time thing. Check in with your child regularly and ask him what he is playing.

Understand how the game works

Dale Dietrich, a father of two in Toronto, says parents should be aware of their kids’ tech savvy, but also how gaming platforms work.

“If you set yourself up as an adult, then it will be fully open, right? But when you create an account for a child, you put their [age of] eight,” he said in reference to Roblox.

According to Robloxit is “extremely difficult” for any stranger to contact a child under 13, and there are other chat filters that can be controlled by parents.

Have open conversations about hazards

“When you receive a spam message or a spam photo from someone, we understand that you don’t need to reply to it, but you can block that person.”

Having conversations about the types of inappropriate behavior that can happen online will help your child spot dangerous situations that can arise, he said.