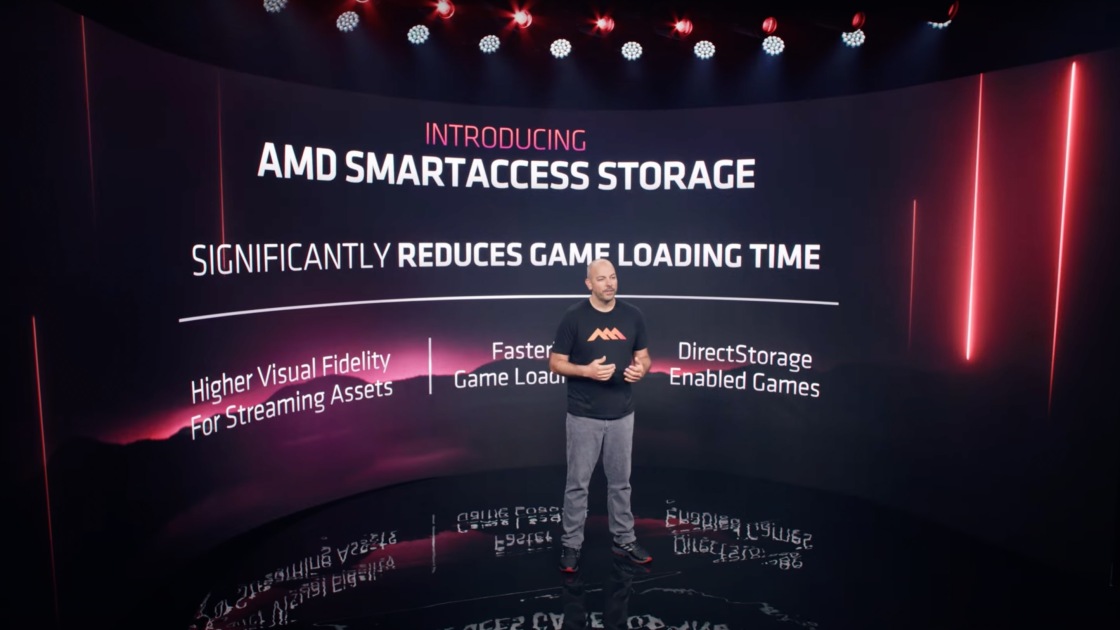 AMD is working to speed up PC game load times with a new technology called SmartAccess Storage, which is coming to the company’s Radeon GPUs.

The technology is designed to work with Microsoft DirectStorage, a new API that game developers are beginning to implement. It works by taking advantage of a PC’s NVME storage to reduce game load times to seconds.

On its own, DirectStorage promises to speed up game load times. However, AMD reports that its SmartAccess storage can take improvements further by leveraging its GPU to aid in data decompression.

Azor did not provide details on SmartAccess storage. But the upcoming tech looks like the company’s answer to Nvidia’s RTX IO, which is also designed to work with the Microsoft DirectStorage API.

Recommended by our editors

Nvidia has already started rolling out RTX IO in its RTX 2000 and 3000 GPUs. Now it looks like AMD customers will be able to take advantage of similar technology once SmartAccess Storage arrives. AMD plans to share more about the system in the coming months. Still, it will be up to game developers to implement Microsoft’s DirectStorage API before consumers see the benefits.

Register for What’s up now to get our top stories delivered to your inbox every morning.

This newsletter may contain advertisements, offers or affiliate links. Subscribing to a newsletter indicates your consent to our Terms of use and Privacy Policy. You can unsubscribe from newsletters at any time.