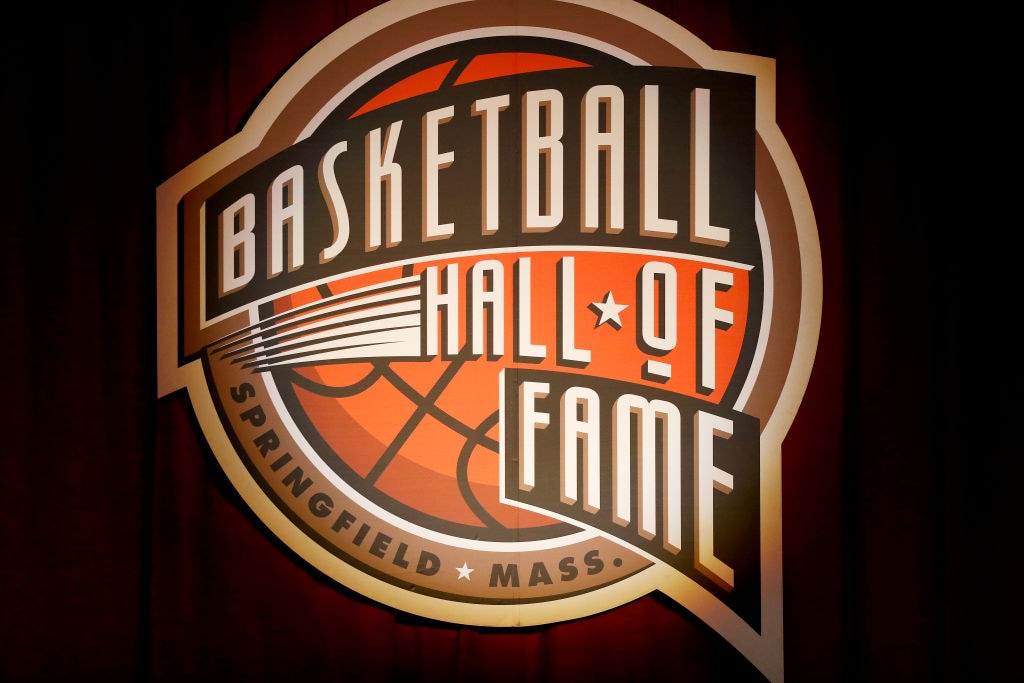 The Curt Gowdy Media Award is named in honor of the late Curt Gowdy, a legendary sportscaster and former Hall of Fame Board Member and Chairman. This prestigious award is given to members of the print, electronic and transformative media whose efforts have made a significant contribution to the game of basketball.

Frazier, Voepel and Ebersol will be recognized for their contributions to the basketball media during the Naismith Memorial Basketball Hall of Fame’s enshrinement weekend on September 9-10, 2022. For more details, including ticket information , visit www.hoophall.com/events/enshrinement-2022.

With the same unmistakable combination of style, grace and flair that marked his Hall of Fame playing career, Walt “Clyde” Frazier won over a whole new generation of fans through his acclaimed work as one from the game’s leading broadcast analysts.

For more than three decades, Frazier’s tenure as an analyst for his former team, the New York Knicks – first on radio and now on television – was marked by his unique vocabulary and unparalleled wisdom in of basketball. Working alongside three of the game’s longtime voices, Jim Karvellas, Marv Albert and Mike Breen, Frazier has entertained, educated and enlightened thousands of fans in the world’s greatest basketball city, many of whom are too young. to remember his playing days but who idolize him in much the same way.

Frazier’s personal involvement doesn’t end with the final bell. He is one of the many faces of the franchise and uses his popularity and fame for notable causes including the importance of education. Active in the charitable efforts of the Garden of Dreams Foundation, he founded the Walt Frazier Youth Foundation in 1996.

As a broadcaster, he’s come to symbolize Knicks basketball the same way he did as a player four decades ago. Frazier connects generations through his work behind the mic and off the court.

Mechelle Voepel joined ESPN.com in 1996 as a women’s college and professional basketball editor, and since then has covered other college sports as well. She has spent her entire career covering the sport of women’s college basketball and has appeared in over 20 consecutive women’s basketball finals.

Voepel is considered an authority on the women’s game, both collegiate and professional. She has dedicated her career to telling the history and stories of women’s basketball.

Voepel covered her first women’s basketball game at the University of Missouri in 1984 and graduated from Mizzou with a journalism degree in 1987. Her first job was in Jackson, Tennessee, and she also worked as a writer and editor. in Columbia Journals, month; Newport News, Virginia; and Kansas City, Mo.

Born in Los Angeles, she grew up 40 miles north of St. Louis and is a lifelong Cardinals baseball fan, still amazed by the 2011 World Series title. She covered the Summer Olympics and winter, the Women’s World Cup soccer tournament and several major professional golf tournaments.

Dick Ebersol’s long and storied career as a television executive will be best remembered for his groundbreaking work with NBC’s coverage of the Olympic Games. In all, Ebersol produced 19 Olympics television broadcasts, including the 1992 Barcelona Olympics which featured the Dream Team, the gold-medal winning American men’s team that ushered in a new era of basketball. Ebersol helped transform coverage of the Olympic Games by exploring the personal stories of athletes, coaches and other personalities to shine a light on the human side of sport. His approach to storytelling became his calling card and translated well into all sports.

As chairman and later president of NBC Sports, Ebersol engineered NBA on NBC, an unprecedented league-network relationship beginning in 1990. NBA on NBC included the annual Sunday Night All-Star Game, as well as coverage of the regular season and playoffs that featured double and triple headers aired in the early rounds. During this time, the NBA experienced phenomenal growth and increasing popularity thanks in part to Ebersol’s commitment to production, programming and promotion.

NBC’s 12-season partnership with the NBA included studio broadcasts NBA session and inside things and the broadcast of the inaugural games of the regular season and the WNBA playoffs. In 1996, after delivering the NBA Finals, World Series, Super Bowl and Summer Olympics to NBC, sports news named Ebersol “The Most Powerful Person in Sports”. He is a recipient of the 2008 Sports Lifetime Achievement Award.