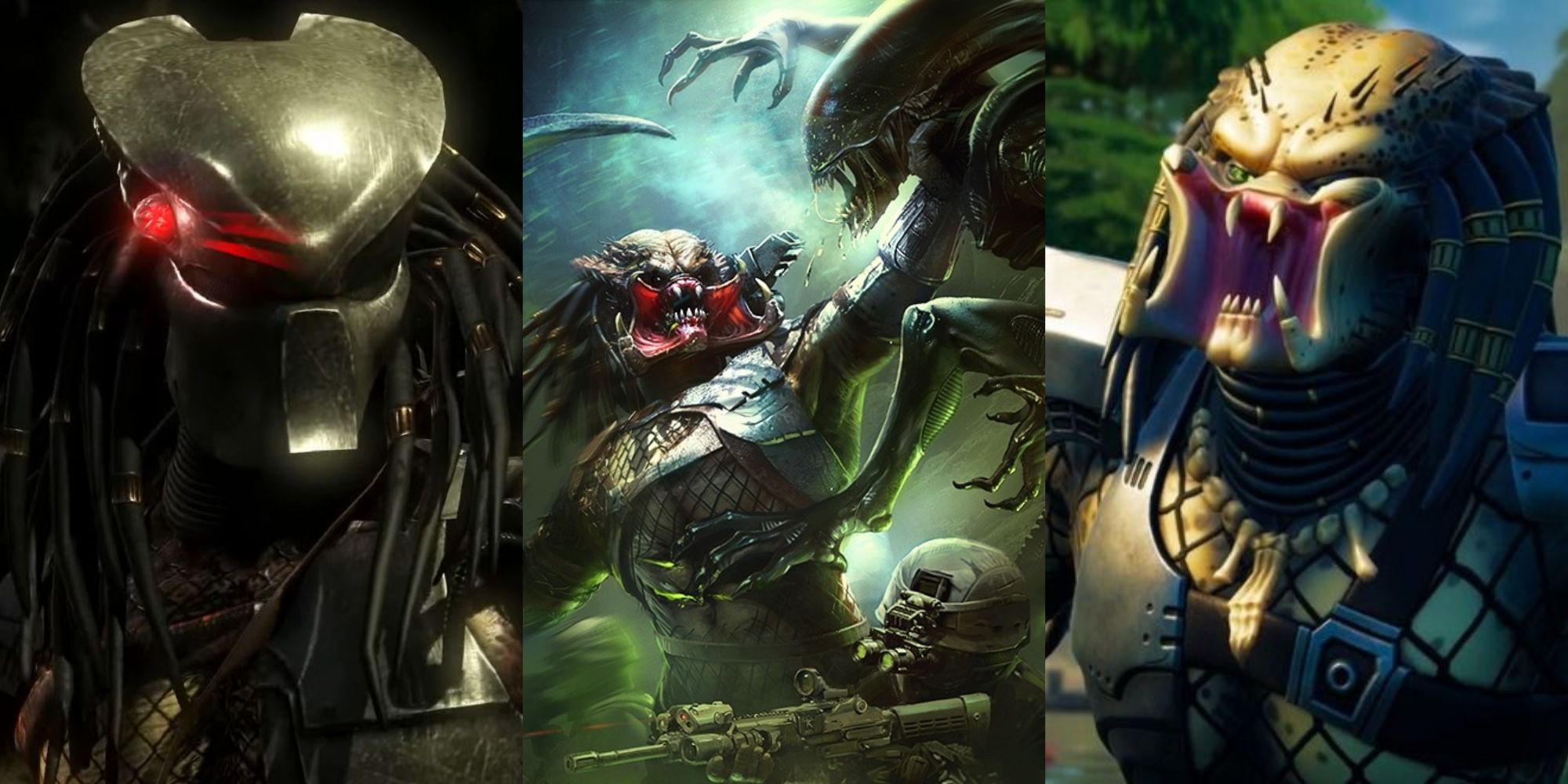 Best games that feature The Predator

The Predator franchise is no stranger to crossover, thanks to numerous Alien vs. Predator, but xenomorphs are far from the only classic characters the Yautja have fought. As one of pop culture’s best fighters, not to mention an iconic and undoubtedly cool design, it’s no surprise the fearsome warriors were chosen to make a few surprise appearances to challenge some of the greatest in the game.

Related: Get To The Chopper: The Best Predator Games Ever

So if you’ve been stung repeatedly by disappointing licensed games or felt that the full Predator games weren’t exactly masterpieces, then here we have a few completely separate franchises where Yautja hunters show up – including a few where they’re playable. You’ll soon have iconic game characters running for the helicopter…

5 Soldiers Inc. brought The Predator back to real-time strategy

Released in 2013, Soldiers Inc. is a massively multiplayer online real-time strategy (MMORTS) game available on Facebook through web browsers. Soldiers Inc. is a mostly grounded milsim that follows, you guessed it, soldiers as they compete for resources in East Africa, but in 2015, an Alien vs. Predator was released with an all-new campaign as well as Yautja and Xenomorph themed units.

The storyline deviated a bit from the Predator movies, with the alien hunters cloned from genetic material and conditioned to obey military forces. Reminiscent of previous Alien Versus RTS game Predator: Extinction, the crossover was a short but fun limited-time event in Soldiers Inc., lasting just 90 days before creatures were wiped out AVP-style in a pyramid explosion.

4 The Predator was a perfect choice for Mortal Kombat X

Mortal Kombat has slowly started adding guest characters over the past few entries, so it’s no surprise that the iconic hunter and badass the Predator has been added to Mortal Kombat 10. All the main weapons are here, with wrist blades, camos, vision thermals all incorporated into the character’s kombos and brutalities, while the Smart Disc and Plasmacaster take center stage during the game’s famous Fatalities.

There are also several other references to the films – many moves are named after iconic quotes from the series, while the victory animation sees the Predator perform his famous spine-ripping technique with the skull then placed in a trophy room. Carl Weathers was even added as a skin for Jax, based on Dillon from the first film.

The Xenomorph was later added as another guest character, allowing you to create your own Alien vs. Predator battles in the famously gory style of Mortal Kombat.

The Ghost Recon franchise went open world with 2017’s Wildlands game – and also out of this world, with the Predator arriving in a DLC expansion later that year. The bonus mission, ominously titled “The Jungle Moved”, sees the team investigating flayed corpses in Bolivia, which of course turns out to be the poor work of a Yautja. Launch a boss battle with camouflage, plasma shots and the signature self-destruct finish.

With the Yautja boasting the largest health pool in the game and tick marks completely absent from this mission, this Predator crossover is deservedly one of the toughest boss battles in the game – until the powers expire. rights means the extension was removed in December 2020.

It’s a shame, because while it’s not a Predator game, Yautja’s design, fireteam characters, and jungle setting actually make it one of the best adaptations. more faithful to the first film.

With Fortnite slowly absorbing every pop culture figure into a Ready Player One-style metaverse, it was only a matter of time before the Yautya joined the hunt. The Predator first appeared as a playable skin in the Chapter 2 Season 5 Battle Pass, but was also present as an enemy NPC lurking around Stealthy Stronghold. The Predator proved to be one of the toughest NPCs, as its camouflage ability, wrist blades, and speed made killing (and even finding) the Yautja warrior quite difficult.

Related: Most Tryhard Skins In Fortnite

The skin itself wasn’t quite as powerful, but had some nice touches – including Heat Vision cosmetics, a laser that pops up when aiming down sights, and a built-in emote that removes the helmet. Xenomorphs were added later this season, allowing the two alien creatures to face off once more – or floss together, if you so choose.

Much like the original Predator movie in many ways, the Broforce side-scrolling platformer acts as an homage and lighthearted parody of over-the-top ’80s action movies, complete with over-the-top sets, over-the-top flags, and endless explosions. As such, several of Broforce’s characters are parodies of action heroes of the era with the word “bro” appended to their names, including Rambro and Brominator.

The Predator, of course, appears as the Brodator – with larger-than-life muscles – armed with a wrist melee attack as well as a thematic special that allows the Brodator to camouflage itself and fire the plasma cannon. It’s the perfect set for the many iconic Predator quotes.