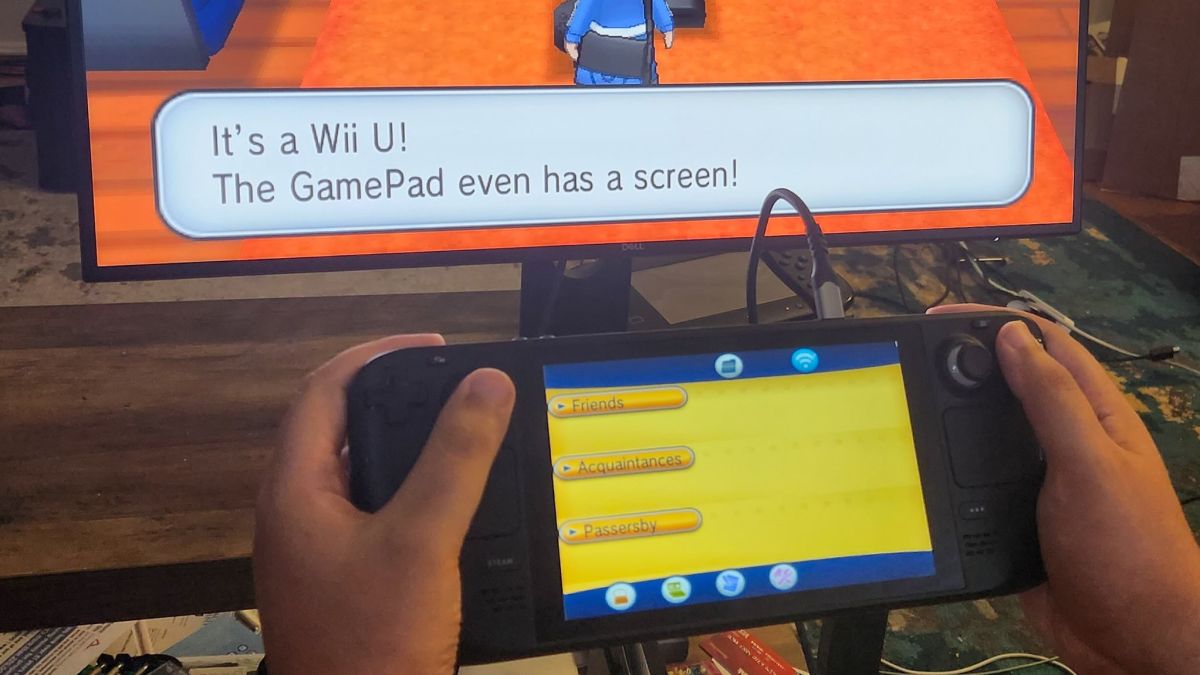 Through the magic of software emulation, you can use a Steam Deck (opens in a new tab) tethered to a monitor to play Nintendo 3DS games, which I’m now aware of thanks to tech video creator GameXData. In a tweet they posted, GameXData shows off a hilarious combination of images using the Steam Deck’s touchscreen and Pokemon X/Y.

A ton of people brought it up. So, I thought I’d confirm: Yes, you can play dual-screen 3DS games with a Steam Deck as the bottom screen. pic.twitter.com/RQjMpSpcLqAugust 26, 2022

Using the power of Linux, emulation and the Steam Deck… we’ve reinvented the Wii U.

It’s a testament to the versatility of the Steam Deck as hardware that it can be used this way. The touch screen allows you to emulate and play some of the 3DS games as they were when they were first released – maybe grab a stylus first which works well on the Steam Deck screen I guess.

No kidding, you can emulate the Wii U style well on the Steam Deck and a monitor, which is awesome. (including the same people at GameXData also underlined. (opens in a new tab)) This is super awesome, as games designed similarly to Breath of the Wild make great use of that second screen as inventory and the like. Cemu supports this with a small checkbox that splits the gamepad into its own window.