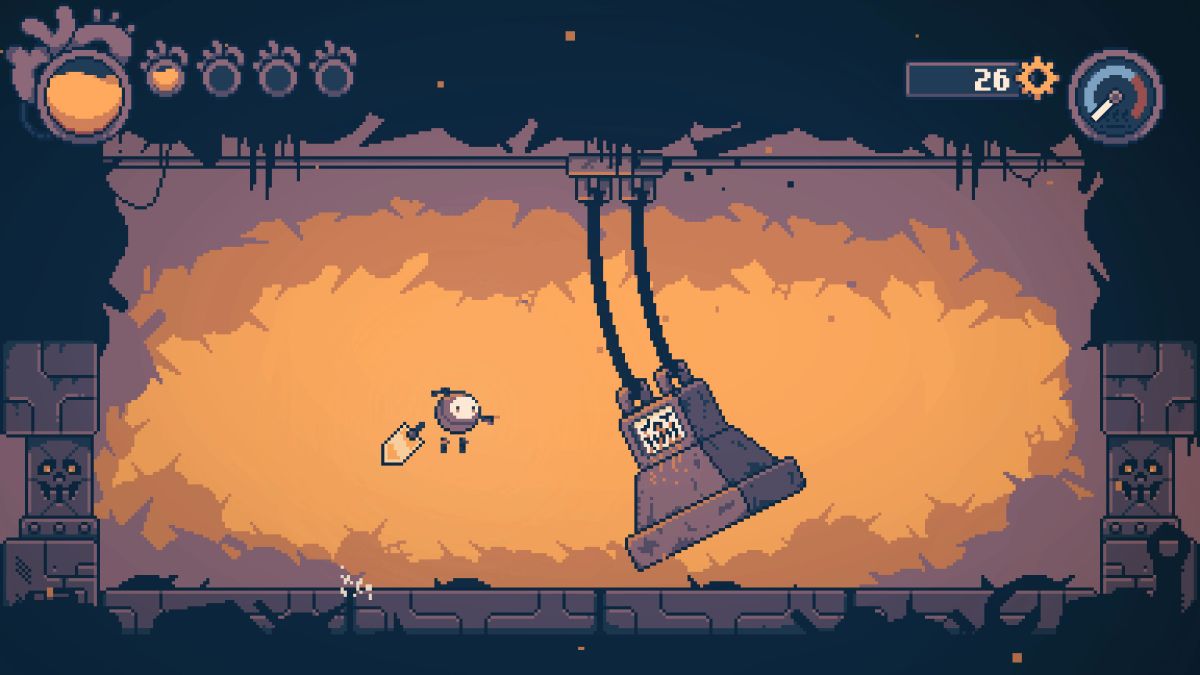 On average, a dozen new games are released on Steam every day. And while we think that’s a good thing, it can be hard to keep up. Potentially exciting gems are sure to be lost in the deluge of new things to play, unless you sort through every game released on Steam. So that’s exactly what we did. If nothing appeals to you this week, we’ve rounded up the best PC games you can play right now and a running list of 2022 games launching this year.

Another week, another Metroidvania – not that I’m complaining. This week’s entry looks really, really cool, though its highlights may be hidden behind the familiar GBA-style presentation. That said, the pixel art and animations look way above average. Playing as Haiku (who is a robot), you will explore a large interconnected world by discovering power-ups, hacking and destroying miscreant machines, and gradually mastering what happens in this cute mechanical world. There are a few slightly new systems, such as the “Heat Gauge” which determines how many special abilities you can use before a cooldown begins, but it feels pretty orthodox, overall.

The pitch is undeniable: old-school turn-based strategy, but the aggressors are giant Kaiju monsters. Kaiju Wars borrows the Into the Breach twist of being able to see monsters’ next move, and the presentation is equally stunning, with lush retro pixels glazed in VHS darkness. To repel giant monsters you will have jets, tanks, which can be equipped with attractive and unrealistic weapons (frozen beams, mechas). Efficiency is also important, as each of the five monsters will transform throughout each encounter, becoming stronger and more troublesome.

Here’s a complete remake of Dirty Dozen, a 2001 team-based third-person shooter inspired by the old WW2 war movie of the same name. That game wasn’t particularly popular, but it’s interesting to see this remake emerge, especially in a time when single-player tactical shooters are extremely rare. All graphics have been significantly overhauled, as have controls, weather effects, and more. You might be waiting for Sniper Elite 5, but it might be an interesting oddity to keep you busy in the meantime.

MACE is a lot like Among Us, but with an interesting twist of horror. Up to 10 players dive into a sprawling, labyrinthine temple to collect three artifacts. Along the way, you’ll have to beware of traps, but more importantly, you’ll have to keep an eye out for any suspicious activity from your associates, as one of them is a “deceitful cultist.” Playing as a cultist sounds great: you can summon villains to bash your unfortunate “friends”, and you can also just mess with the environment in infinitely cruel ways. It sounds like a lot of fun, though whether it will attract a healthy player base remains to be seen.

Mecha Mind is a top-down roguelite shooter visually reminiscent of Enter the Gungeon, except you play as a mech tasked with standing up to oppressive humanity. As a robot (though sentient), your body is quite modular, and a big part of the appeal of Metal Mind is equipping your warbot with fancy weapons and components that will dramatically affect your playstyle. Steam page insists that there is “no blind development” here, so expect to spend some time optimizing your mechanical war machine.