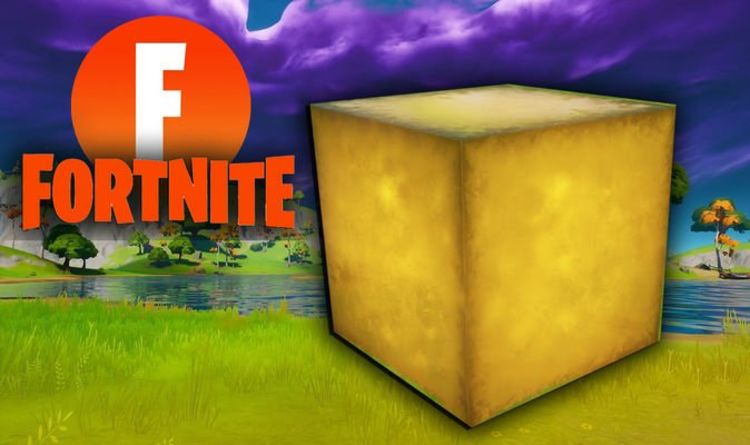 Fortnite fans are counting down to the rumored Golden Cube event.

Launched as part of the Fortnitemares season, the Golden Cube event is believed to coincide with the release of update 18.21.

Fortnite update 18.21 is expected to have a release date of October 19 and a BST UK launch time of 9am.

The update is already on the staging server, so it’s almost guaranteed to launch this week.

The possibility of an event was suggested by the Fortnite Hypex insider after last week’s patch.

â€œWe may have a mini-event next Tuesday to add Cube Town to the middle of the map,â€ read a tweet from Hypex.

Based on the evidence, the Cubes are reaching the middle of the island by the time of the update.

In a series of tweets and follow-up leaks, fans believe they’ve discovered one of the event’s potential rewards.

“In case you haven’t yet, this full figure of the Queen was added to the files in the latest update!” reads a recent tweet.

“It will be used as a banner, so it’s 99% a reward for the Fortnitemares event which will probably start after the update in 2 days.”

Other new features include the Sideways Scythe, which could be added during the event.

The weapon – which was recently updated in the game – would do double damage when used.

Speaking of Fortnite, Epic Games have announced details on the upcoming Batman crossover.

â€œYou may remember the Foundation at the bottom of the ocean, activating after a long sleep. But that ocean was not the island’s. The Foundation ended up in Gotham Harbor, and in Gotham, it detects zero point energy.

“From the new Dark Multiverse Set, The Batman Who Laughs Outfit! Also from the set, the code also unlocks the Robin’s Perch Back Bling and the Dark Days loading screen.”