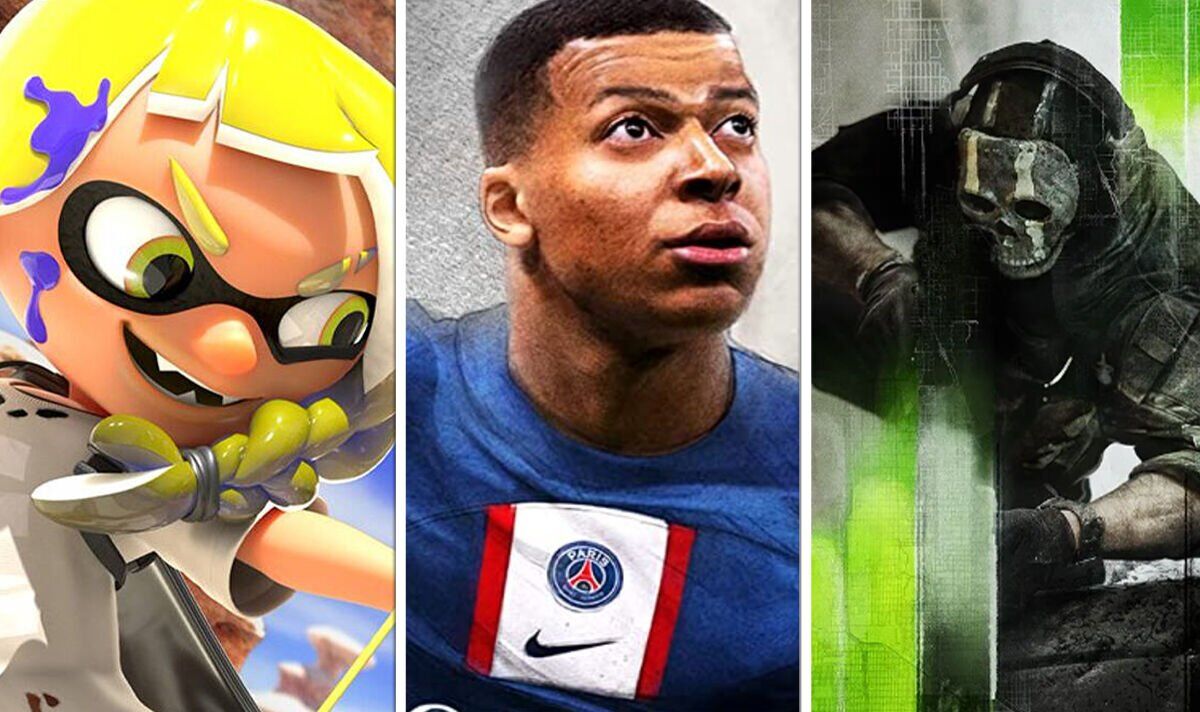 After a scorching summer filled with a surprising number of new game releases, September has arrived and the silly season officially begins. In the countdown to Christmas, publishers are racing to release all their heavy hitters for PS5, PS4, Xbox, Nintendo Switch, and PC. This includes a remake of a legendary PlayStation game, the latest entry in the FIFA series, as well as a colorful multiplayer shooter for Nintendo Switch.

A unique story-driven adventure game set in occupied Denmark during World War II, Gerda – A Flame in Winter is the latest release from the creators of Life is Strange.

Although the gameplay and visual style are a bit different from Life is Strange, fans can still expect a deep narrative experience where every choice matters. Inspired by true events, this powerful new release is not to be missed for fans who value strong writing and fleshed-out characters. How far would you go to protect your loved ones?

The original PS3 version of The Last of Us set a new benchmark for interactive storytelling and characterization – so much so that despite launching in 2013, it arguably hasn’t been improved upon yet.

Fast forward to 2022, and Naughty Dog has brought the hugely influential game back to the PS5, with a host of visual improvements, audio tweaks and accessibility features, not to mention the excellent Left Behind expansion.

The £70 price tag makes The Last of Us Part I PS5 Remake a tough sell for fans of the original, despite all the upgrades. However, if you’ve never played The Last of Us before, Naughty Dog’s remake is a must-watch masterpiece.

The annual basketball sim returns with an all-new game mode that showcases the best of Michael Jordan. The Jordan Challenges capture key moments from the legendary GOAT career, with an exclusive look at the man himself.

While the Jordan Challenges will provide fans with an entertaining distraction, the real meat and bones of the game are found in modes like MyCareer and MyTeam, which feature all the roster changes and quality of life improvements you’ve come to expect from the game. NBA 2K franchise. .

While most shooters are dull, gray affairs set in run-down war zones, Splatoon 3 is a much more colorful outlook where the goal isn’t to frag your enemies, but rather to cover every map with as many painting as possible.

Splatoon 3 ups the ante by introducing three-team battles into the mix for a much more chaotic experience. This is in addition to an expanded Salmon Run game mode, which asks players to team up to overcome obstacles and defeat giant bosses.

If you’re new to the series, you can learn the ropes with the all-new story mode, which gives players information on all new items, weapons, and customization options.

Although the full game won’t be available until the end of October, Call of Duty fans can get a taste of the Modern Warfare 2 multiplayer experience by checking out the September beta.

Taking place over two weekends, the multiplayer beta kicks off on September 16, when it’s playable for PlayStation pre-order customers. It continues the same weekend for all PlayStation users, before opening up to Xbox and PC users the following weekend.

As part of the beta, fans can expect a “robust multiplayer experience” with 6v6 gameplay on a variety of maps large and small. This is in addition to various in-game rewards, which can be redeemed simply by playing the beta before launch. Expect more surprises to be announced at an upcoming upcoming Call of Duty event in September.

Return to Monkey Island (September 19 on PC and Nintendo Switch)…

Combining devilish puzzles with iconic characters and hilarious writing, the original Monkey Island is one of the most influential games in the adventure genre. It’s perhaps no surprise to see the series make a comeback in 2022, as creator Ron Gilbert introduces Guybrush Threepwood to a new generation of gamers.

The sequel is set several years after the events of LeChuck’s Revenge, with our hero adrift and dissatisfied, never having found the secret of Monkey Island. The surprise new sequel is said to bring classic point-and-click gameplay to modern platforms, not to mention contextual interactions, responsive dialog trees, and an intuitive inventory system.

After the successful return of the Tony Hawk franchise in 2020, it’s high time fans of the genre were treated to a brand new skateboarding game for modern consoles.

Widely considered the spiritual successor to the Skate series, Session Skate Sim plays relatively straight, using dual-stick controls to represent each of your skater’s feet. With a realistic physics engine, the real challenge of the game is to successfully shift your weight to increase speed and pull off those tricks.

With iconic locations such as San Francisco, New York and Philadelphia, not to mention a wealth of customization options, Session Skate Sim should keep you busy for hours.

Already available on Xbox and PC, Tunic is finally making its way to PlayStation consoles, and it’s not to be missed. Paying homage to the classic Legend of Zelda games, this action-adventure twist takes place in a mysterious land full of ancient powers and deadly monsters.

What I really love about Tunic is the unique way you can discover its secrets. As you find pages from the instruction manual, you’ll discover battle tips, dungeon maps, and puzzle solutions. Needless to say, it’s worth exploring.

Truly the end of an era, FIFA 23 is the latest EA game to sport the FIFA branding. Starting next year, Electronic Arts will return with a new football franchise, titled EA Sports FC.

Not only that, but Women’s Club Soccer Leagues will be playable for the very first time, cross-play between PlayStation, Xbox, and PC is finally being added, and some major changes are coming to FUT, which not only revamps the chemistry system, but also adds a new mode called FUT Moments.

While the game launches on September 30, Ultimate Edition owners can actually play the game a few days earlier, so stay tuned for early access updates.

Rock In Rio offers an arena dedicated to electronic sports

Nintendo announces the winners of Splatoon 3 Participate in the Splatlands Invitational 2022 tournament! | New