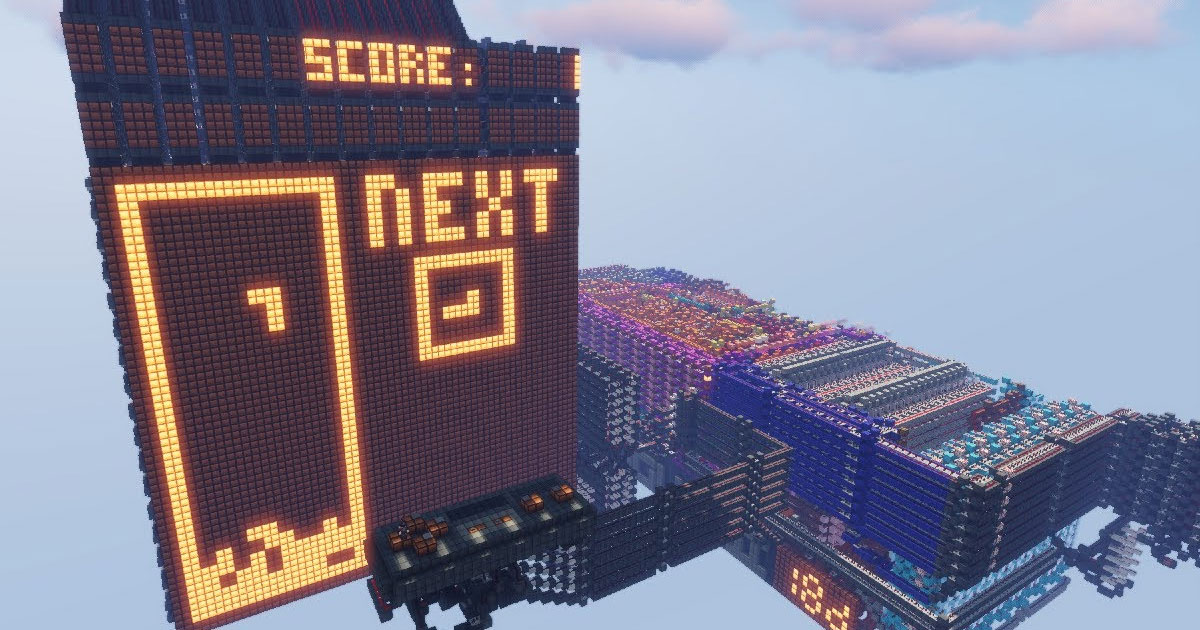 Is anyone up for an extremely slow game of Snake?

A Minecraft gamer successfully built an 8-bit processor inside the video game in an awesome, meta demo, as spotted by PC World.

The master craftsman, who calls himself “Sammyuri”, built the processor, nicknamed Chungus 2 (Computation Humongous Unconventional Number and Graphics Unit) over a period of seven long months.

The resulting virtual processor – assuming each block is three feet in length and height – would be as tall as a 20-story building if built in real life.

Thanks to its clock speed of one hertz and its 256 bytes of RAM, the processor is able to run simple games like Snake or Tetris on a 32 Ã— 32 screen. To manipulate the buttons, the Minecraft avatar has to jump on block-sized buttons, as seen in a video uploaded to YouTube.

It’s a hugely impressive demonstration of what’s possible in Minecraft. But one hertz isn’t really fast either.

â€œI probably should have made that clear in the video, but all of the programs that were played were sped up by a factor of a hundred to a few thousand times in order to make them actually playable / watchable in real time,â€ Sammyuri wrote in a comment. on their video. â€œWhile 1 Hz is definitely fast for a [Minecraft] processor, it’s nowhere near as fast as video might suggest.

Although it was launched over a decade ago, Minecraft has proven to have incredible stamina. Especially during last year’s lockdowns, more and more people, kids, teens, and adults, are spending time on one of the game’s many servers – and they’re getting more creative than ever.

READ MORE: This 8-bit processor built into Minecraft can run its own games [PCWorld]

More on Minecraft: Isolated by coronavirus, schoolchildren graduate from Minecraft

Would you like to support the adoption of clean energy? Find out how much money (and the planet!) You could save by switching to solar power at UnderstandSolar.com. By registering via this link, Futurism.com may receive a small commission.