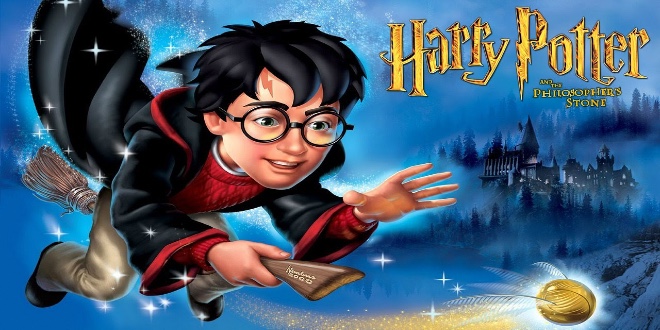 An exciting part of Harry Potter The series has always been the video games based on Harry’s story. In total, there have been 17 games that come with the franchise. One of the first of these games was Harry Potter at the Sorcerer’s Stone (2001) for PC, developed by Electronic Arts and KnowWonder.

Recently, a YouTuber by the screen name of Flanders sat down with Christo Vuchetich, the game’s lead artist. The interview lasts almost 15 minutes and contains some interesting insights into the development of the game.

The first thing Vuchetich discusses is the amount of legal work that went into the game. His company, KnowWonder, worked with EA, which worked with Warner Bros., which worked with JK Rowling’s reps. They had to go through three levels of executives to ensure that their actions were in line with what was expected of the Harry Potter Games.

One of the challenges Vuchetich and his team faced was figuring out what Harry could do at Hogwarts. In the game, he’s a first-year student, so there weren’t many things open to Harry at Hogwarts. To make the game more exciting, the developers added puzzles and secrets for players to find. This would ensure that the game was more than just a walking simulator.

We had so much fun making these games. We have to go in and do the bean bonus room and those secret tunnels, you know you could have some adventures. You would go out and complete these challenges, and the team, especially the level designers, we’re like looking left, right, and center where we could put secrets.

A fan favorite of the game is the Flipendo spell, which never appears in the books or movies. When asked, Vuchetich mentioned that JK Rowling gave them the idea. They were given a list of five spells and basic definitions of what they could do. This way the team could develop them to work with the games. 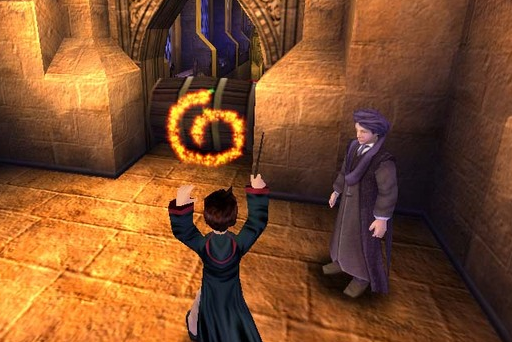 Interestingly, this PC game was in development at the same time as the Harry Potter at the Sorcerer’s Stone the film was in production. According to Vuchetich, they had no access to production and had to go into designing Hogwarts without visuals. When they finally received photos from the set, each image was too blurry to use. So the team again asked to see the set. The game’s creative director was allowed to take a notebook to the set to document the visuals. This notebook was all they had to design the game.

Something Flandrew wanted to know was who the people in the paintings around Hogwarts were. The answer to this might surprise you. The creative team was tasked with finding famous paintings and photographing them themselves. This allowed them to comply with copyright laws since the photos were altered enough from the originals. Each painting around Hogwarts is a photo of a team member photographed in a famous painting.

This version of the game was one of five in development at the time. Vuchetich mentions that while they had the same concept art as the team working on the PlayStation adaptation, they didn’t work closely together. The PC version was designed for children, while the PlayStation version was considered to have a wider audience. However, both versions were met with mixed reviews from critics.

Were there parts of the interview that shocked you? Was there anything else you wanted to know about the development? Let us know in the comments below and be sure to check Flandrew’s page for updates on his interview on the Harry Potter and the Chamber of Secrets PC game.

Want more posts like this? MuggleNet is 99% volunteer run and we need your help. With your $1 monthly contribution, you can interact with creators, suggest ideas for future articles, and participate in exclusive giveaways!

Support us on Patreon

Everything about the new Marvel video game