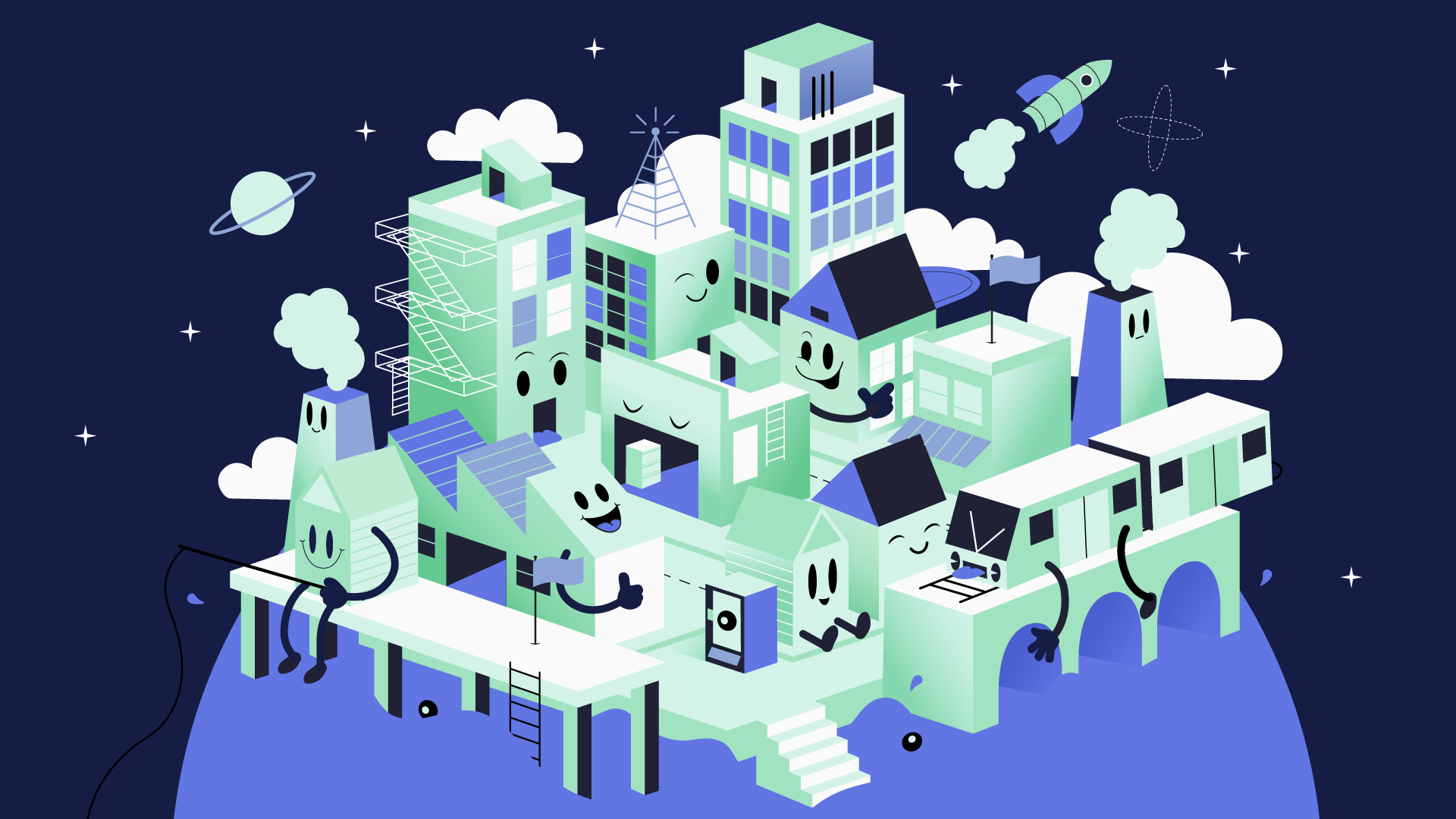 Video games are full of cities, and one of the great pleasures of a certain type of game is exploring an urban environment specifically designed to intrigue and keep you occupied. So we started asking ourselves: what are the best video game cities, including real and imagined places? And what are the best individual pieces from these cities?

And what would a city look like if you put it together from your favorite elements from other video game cities? Which game would you turn to for the perfect rooftops, the perfect cafes, the perfect use of statues and highways? (In a beautiful piece of synchronicity, Skyfaring author – and airline pilot – Mark Vanhoenacker’s luminous Imagine a City was released last week – find it.)

So that’s the idea: a few short articles each day in which writers defend their favorite video game town and their favorite aspect of that town. First, the Stagways of Hollow Knight converge on the glorious Queen’s Station.

We hope you enjoy these pieces and think about your own favorite cities.

They say the best way to get to a city is by train. I think that’s probably true even when the train is actually a giant beetle, summoned by the sound of a bell. In fact, it’s perfect – Hollow Knight’s fast-moving Stagways system combines the best of hansom trains and taxis. Victoriana of a certain kind – the Pre-Raphaelites, Christina Rosetti – shimmers through this world.

And nowhere is that clearer than at Queen’s Station, the crown jewel of the Stagways system. When I think of Hollow Knight, a tricky and brutal metroidvania set in the moonlit world of bugs, I always think of this place. It’s like it’s the center of something vast, the way Grand Central feels like it has open arteries and veins to all of New York. It’s a place you walk through, but it’s also a place that rewards stopping for a break. Of all the train stations in video games, The Queen’s Station is my favorite.

Maybe it’s partly because it orients me, like a good station should. In Hollow Knight, I’m often thrown far across the map, following threads I can barely follow and cowering from the next boss. Just knowing that Queen’s Station is there – always close at hand – gives me the courage I need to explore a little further.

Like many stations, it is a place of abstract utility, an idea of ​​a place as much as a place in its own right – it is above all a point on the map. I have an idea – moonlight on the railings, old stones, banners written in languages ​​I can’t read – but to write this piece I decided to go back, and not just spend a few minutes to assimilate it, but also to take some photos, so that I can review the place, one screen at a time.

Here is what I learned. The Queen’s Station is not just a beauty from the Gilded Age. It’s in bad shape, with the strange piece of railing askew, the strange ragged banner. It’s stone and shimmering metal, but the grassland creeps back – clusters of ivy under the milky lamplight, each home to a tiny glowing creature, while one area is transformed into a navigational puzzle by dense lianas and their sharp pink thorns.

There’s an old Lincoln Preston novel, I think, that’s set in an abandoned tube station, part of a secret and privileged network that would take the rich from hotel to hotel without having to meddle in us ordinary people. These places have succumbed to entropy and decay, yet they are still waiting for the plot to reach them – silent platforms with sagging chandeliers and gaping-toothed grand pianos.

And there is something of that at Queen’s Station – a gem, but a bit hazy, its brightness clouded by time. But the space itself remains alive, just asleep. And during my travels I will be right to visit it many times.