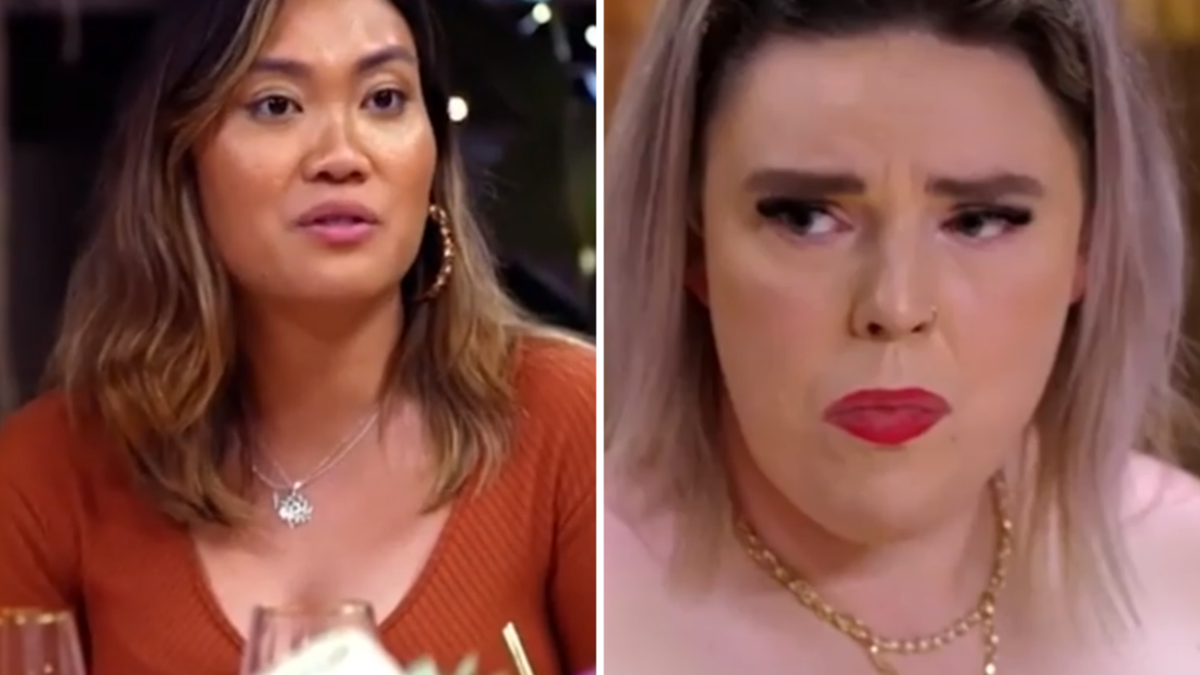 MKR 2022: Steven and Frena accused of ‘playing games’ after criticizing every dish

MKR contestants Steven and Frena have been accused of ‘playing games’ with their score after Fijian fashionistas clashed with Nigella Lawson and Manu Feildel on Sunday night’s episode.

The Sydney fashion-loving duo called their instant restaurant Mai Kana – ‘come and eat’ – and from their decor to their menu, they wanted to make Fiji proud by serving their culture and ancestry on one plate.

WATCH VIDEO ABOVE: Contestants accused of ‘playing games’ on MKR

And that’s exactly what they managed to do, receiving generally high scores in all areas – with one exception.

Steven and Frena languish at the bottom of the leaderboard, and if they stay there after WA couple Ashlee and Mat serve their food on Monday, they risk being kicked out of the competition.

The type of fish that Fuzz and Arnnott wanted to cook the meal with was not available, so they opt for the dory.

As Manu and Nigella later note, it wasn’t the right choice of fish – but the starter is saved by the savory seasoning and tasty crisps.

The main course is the Fijian lobster curry with coconut rice and salsa, which is a huge hit with everyone – except Steven, who calls it “boring”, and Frena, who thought the dish was not “balanced” and that the use of cardamom was “overwhelming”. ”

Frena says she couldn’t taste the coconut in the rice, “which sucks”, and Steven calls the dish “a little watery”.

But they are alone here, with even Mary and Kate, avowed food snobs, deeming their review “a bit harsh”.

Alice is a bit concerned about Steven and Frena’s reactions to the food they are served.

Are they deliberately degrading other people’s dishes so they can climb higher in the rankings?

Not your traditional dessert, with a savory salty taste to balance out the sweet caramel sauce.

It’s something most people around the table have never tasted before – and everyone loves it except, again, Steven and Frena.

Are we detecting a pattern here, people?

As Frena begins her critique, Alice can be heard saying in a low voice, “Here we go!”

In an on-camera interview, Alice accuses the pair of “playing a game and it doesn’t add up”.

Ashlee and Mat also question Steven and Frena’s reactions, wondering why they constantly criticized each dish when everyone else had a very different response.

“Two dishes that everyone enjoys and that don’t seem strange to you,” says Ashlee.

Nigella calls the dessert “really exciting”, while Manu praises the balance between sweet and savory, calling it “clever” and “interesting”.

Although their dishes weren’t the most aesthetically pleasing to look at, they were delicious to eat, notes Manu.

When it comes to scoring, the contestants are grateful, mostly giving Fuzz and Arnnott between 7 and 9.

But Steven and Frena give the pair a 5, with Steven openly admitting it’s their chance to get down from the bottom of the scoring ladder.

Their scheme doesn’t work, however.

Fuzz and Arnnott receive a total score of 81, which puts them in a good position – and Steven and Frena still languish at the bottom of the leaderboard.

MKR continues at 7.30pm Monday to Wednesday on Channel 7 and 7plus.