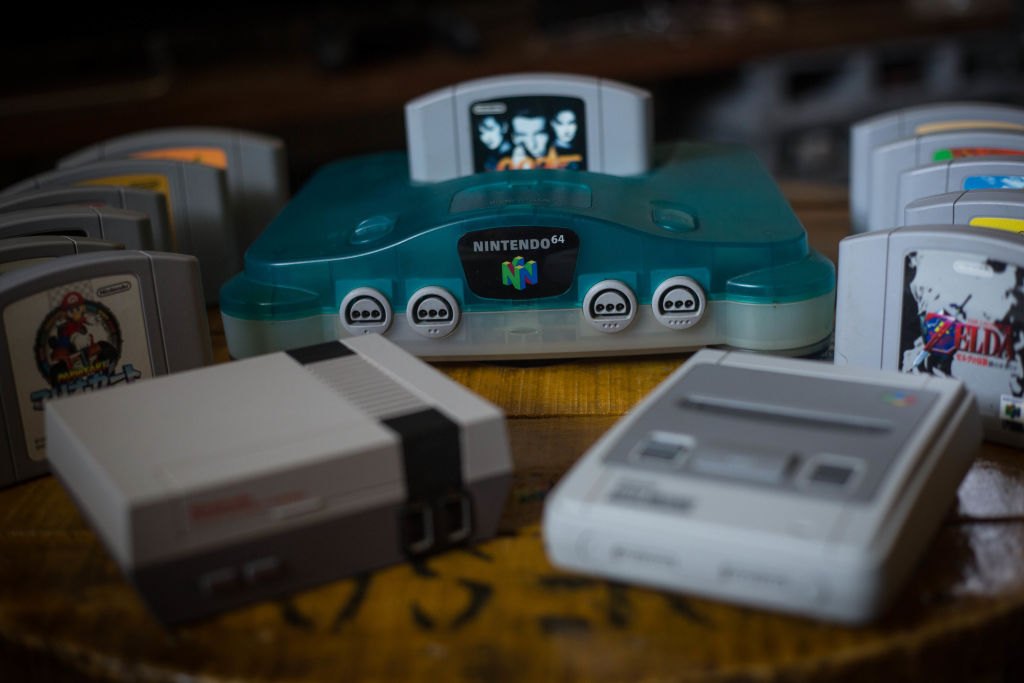 GoldenEye 007 is one of the greatest multiplayer video games of all time, but there is one minor problem with the classic N64 – on-screen cheating. A museum has invested $10,000 to enable GoldenEye 007 to play on four separate screens to thwart screen cheaters.

GoldenEye 007 was released for the N64 video game console on August 25, 1997. To celebrate the 25th anniversary of one of the most beloved video games, the Center for Computing History – which bills itself as the “largest museum of computer and video games of the United Kingdom” – launched the exhibition “25 years of GoldenEye exhibition”. The exhibition will feature “game development materials, promotional items and, of course, the game itself for you to play and enjoy!” Three of the game’s developers – Martin Hollis, Dr. David Doak and Brett Jones – will make appearances to discuss the birth of the classic game.

Also sold out event includes “a unique four-screen, four-player version of GoldenEye 007 running on original hardware that has never been seen before!

The impressive setup will stop screen cheaters by using four different screens instead of the traditional split screens on the original N64 hardware. This means you can’t peek at your competitor’s screen to see their location or locate campers.

Managing Director and Curator Jason Fitzpatrick explained, “Here we have a setup of the original GoldenEye 007 running on an original Nintendo 64 cartridge, but on four screens.

“It’s a bit clumsy to do it. We have these scalers and these pieces of equipment there, video distribution,” Fitzpatrick said. “There’s about eight thousand dollars worth of kit out there just to make it work. But it’s kinda fun and it keeps anyone from cheating on screen.

Ars-Technica explained how the Cambridge Museum pulled off split-screen gameplay:

In this case, the key “bit of equipment” is a C2-7210 video scaler, an older video production technology that allows professionals to process a live video signal in a variety of ways. This includes the ability to zoom in on a specific portion of up to two input signals and then convert the result to full-screen output on another monitor or TV.

For multi-screen GoldenEye, Fitzpatrick said he simply split the standard PAL N64 signal into four identical copies, then fed two inputs each into two scaling units. After that, you point each scaler at a different quadrant of the input signal and send the resulting output to different TVs. A second input on one of these TVs also receives the unmodified full-screen signal directly from the N64 for easy menu navigation.

Each player having their own screen, this eliminates cheating on the screen. Looks like you’ll have to locate your enemy without cheating on screen.

RELATED: SEE! Nice gameplay footage of what was to be the Xbox 360 version of “Goldeneye”