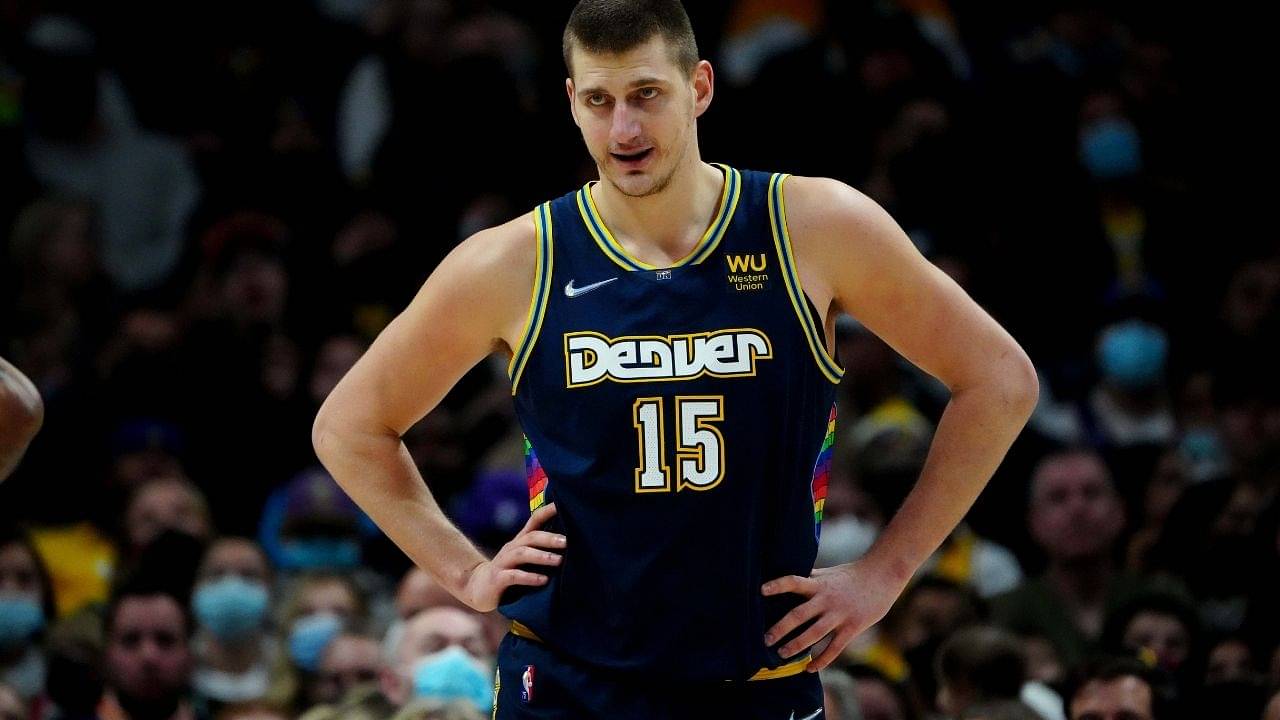 ‘Nikola Jokic responded to his wife Natalija with a goodbye after she broke the news of her All-Star Game selection’: The Nuggets MVP was in no mood to quit his video game and attend calls

Defending MVP Nikola Jokic was playing video games when his wife Natalija called to congratulate him on starting the next All-Star Game.

NBA players being big on video games is no secret, and Nuggets MVP Nikola Jokic is the latest example. In the past, the Joker has mentioned playing CounterStrike with Nikola Vucevic and Luka Doncic. However, Jokic’s recent confession on his selection for the All-Star Game is hilarious.

Well, if you ask any gamer, their worst nightmare is to lose while playing in the virtual world. Video games are a testament to a young man’s level of patience where even the calmest of minds can explode. So it’s no surprise that the gaming industry is worth billions.

Jokic, who is currently in the hunt for a back-to-back MVP, wasn’t so excited to learn of his selection as a starter in the All-Star Game. According to StatMuse, Jokic leads the FGM league and is 21st in attempts, also having the best PER in a season. A walking double-double machine.

Also Read: ‘Living With LeBron James In The Bubble Was A Unique Experience!’: Sports Analyst Omar Raja Shares His View On How Life Was Different In The Orlando Bubble

The Nuggets superstar was deeply invested in a video game when his wife Natalija called him with the All-Star selection news.

Nikola Jokic reveals his reaction to being selected for the 2022 All-Star Game.

The Joker rolls new stats every game he plays. Jokic is the only player in NBA history to record 5,000 rebounds and 3,000 assists in his first 500 games. The Serbian native, who already has 11 triple-doubles this season, ranks 9th on the all-time list for triple-doubles.

After an MVP season, Jokic is only getting better. The second-round pick in the 2014 draft is currently averaging 26.2 PPG, 13.8 RPG, 7.6 APG, shooting 57.1 percent from the field. The Joker does most of the heavy lifting in the absence of Jamal Murray and Michael Porter Jr.

There was no doubt Jokic would be making his fourth straight All-Star appearance this season, a sentiment Jokic also echoed given his reaction to the news. The 6″ 11′ center would say goodbye to his wife upon learning of his selection in the All-Star Game.

Nikola Jokic was playing video games when his wife called him last night with news of the All-Star starter.

“I was playing the game and I was like, ughhh. I watched a little on the phone with Natalija, and I played the video game. After they selected me, I said, “Oh, bye.”

It doesn’t matter if you’re the reigning MVP of the best basketball league in the world, video games can take care of all your priorities. We have all witnessed or experienced the sheer frustration of losing a 2K or FIFA game.

Also read: ‘We’re not rich, I AM RICH’: Shaquille O’Neal explains how he keeps his sons and daughters grounded by having them focus on academics, like the Lakers legend.

Jokic proves to be one of the most talented big men ever, his 80% free throw shooting is the biggest proof of that.