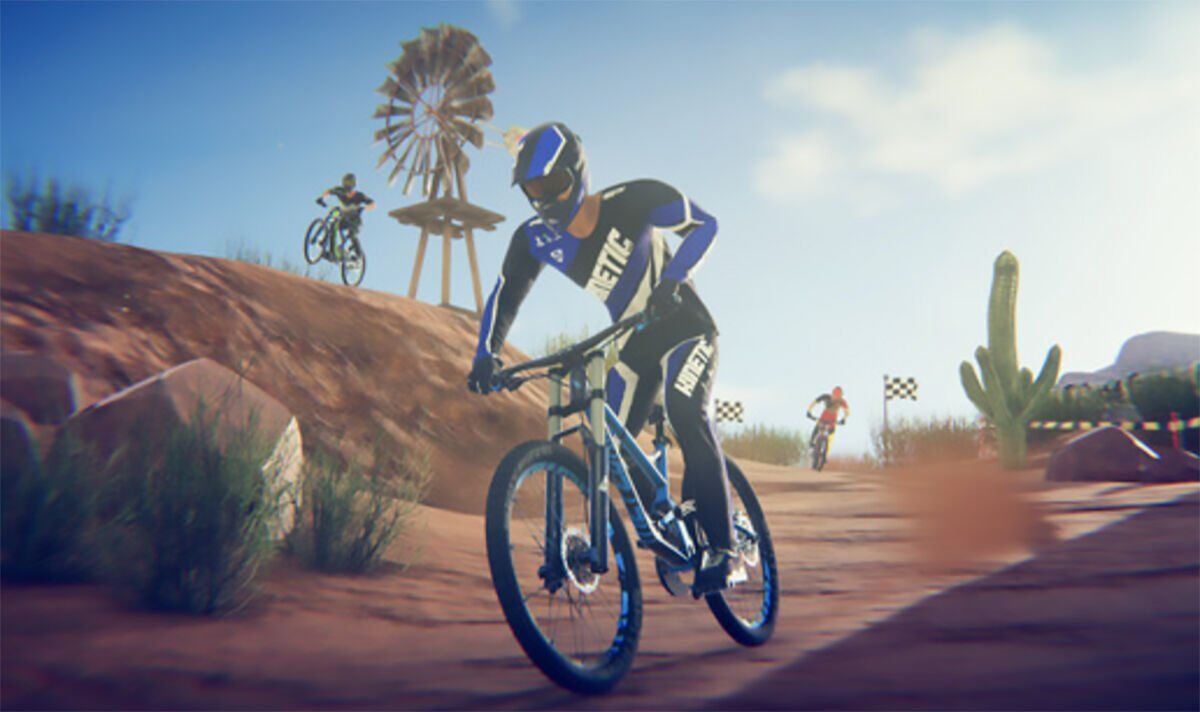 One of the best PS4, Xbox and Switch games is coming to mobile – Descenders release date | Games | Entertainment

The Descenders downhill bike game has been officially announced for iOS and Android. The mountain bike game debuted on PC and Xbox in 2019. This was followed by a PS4 and Nintendo Switch release the following year. After a few years of waiting, the mobile version – which is being developed by Noodlecake Studios – has been given an August 4 release date.

One of the most addictive bike games on PC and consoles, Descenders features a series of procedurally generated stages. This ensures that no two races are ever the same.

The objective is to reach the finish line while racking up high scores by performing tricks and creating combos. Crash and burn too many times, however, and it’s game over.

Some Crew members give you better handling and smoother turns, while others increase the width of the paths, making it easier to hold onto the bike.

Successful runs depend on your ability to gain more health by completing goals and hiring the right mix of people to make each stage more manageable.

With bonus objectives that often require players to complete within a certain time or perform certain tricks, you run the risk of losing control and doing more damage.

“Descenders is extreme downhill freeriding for the modern era, with procedurally generated worlds, and where mistakes have real consequences,” reads the official description.

“Will you lead your team to glory and become the next legendary descendant?

“In Descenders, your team is your life. When you choose a side – Enemy, Arboreal or Kinetic – you will be linked with other players who choose the same side as you.

“Grab your bike, choose your team, and try to live up to the legend of your Descender. Do you want to join the hardcore and frantic ranks of Team Enemy, the competent off-road styles of Team Arboreal, or the index of high octane, speed-is everything Team Kinetic?”

If you can’t wait until August, Descenders is currently priced at just £7.79 as part of the Steam Summer Sale.