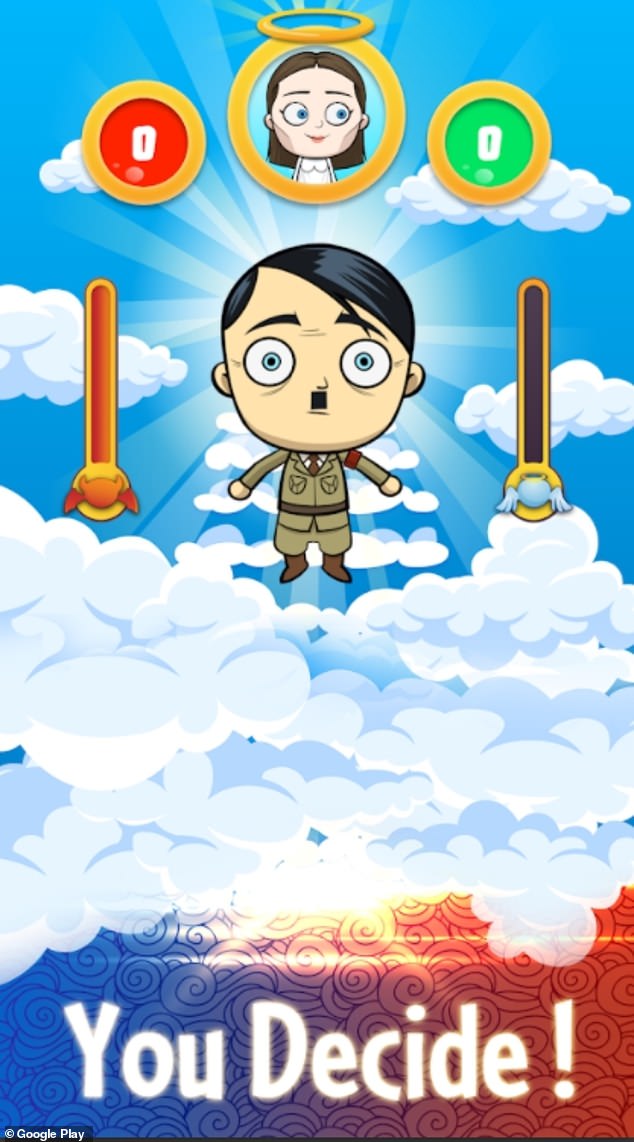 A mobile video game asking gamers to choose whether Adolf Hitler should go to Heaven or Hell has sparked a fierce backlash from Jewish groups across Australia.

The Judgment Day phone app: Angel of God. Heaven or hell? has been downloaded over a million times on Apple and Google Play platforms.

Players are given historical figures like Hitler and information about what they have done in their lifetime and then decide whether to let them go to Heaven or banish them to Hell.

Scenes from the game include a cartoon figure of Hitler standing in front of a cell full of prisoners with the caption â€œGathered and Killed Millions in Concentration Campsâ€.

The Judgment Day phone app: Angel of God. Heaven or hell? has been downloaded over a million times on Apple and Google Play platforms 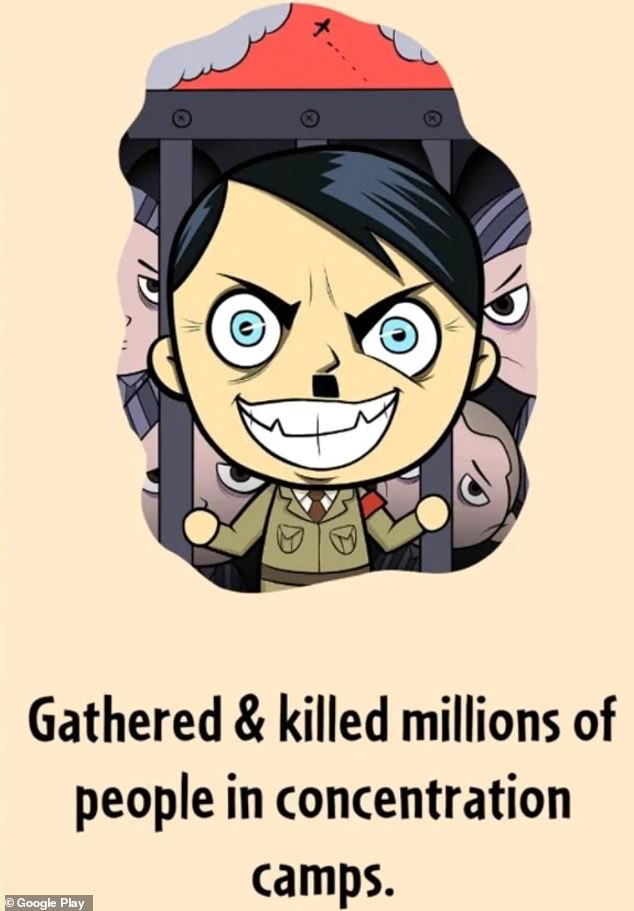 The game asks players to choose which historical figures are to go to Heaven or Hell. This screenshot shows Hitler standing in front of caged prisoners representing a concentration camp

Other scenes show Hitler maniacally riding a tank while an ominous screenshot captures the former German leader holding a blond haired, blue-eyed baby in the sky with an evil grin.

Dr Dvir Abramovich, chairman of the Anti-Defamation Commission, demands that Apple and Google immediately remove the game, admitting that it feels like it has been “kicked in the stomach”.

“Just when I thought the abuse of the Holocaust couldn’t get more vulgar and exploitative, this sickening game proved that we have hit a horrible low and all bets are off,” he said. declared.

“There is nothing funny or amusing about a monster like Hitler, responsible for the extermination of six million Jews, including 1.5 million children.”

Dr Abramovich said the game alleviated the anguish Holocaust survivors felt in the name of “affordable and accessible entertainment“. 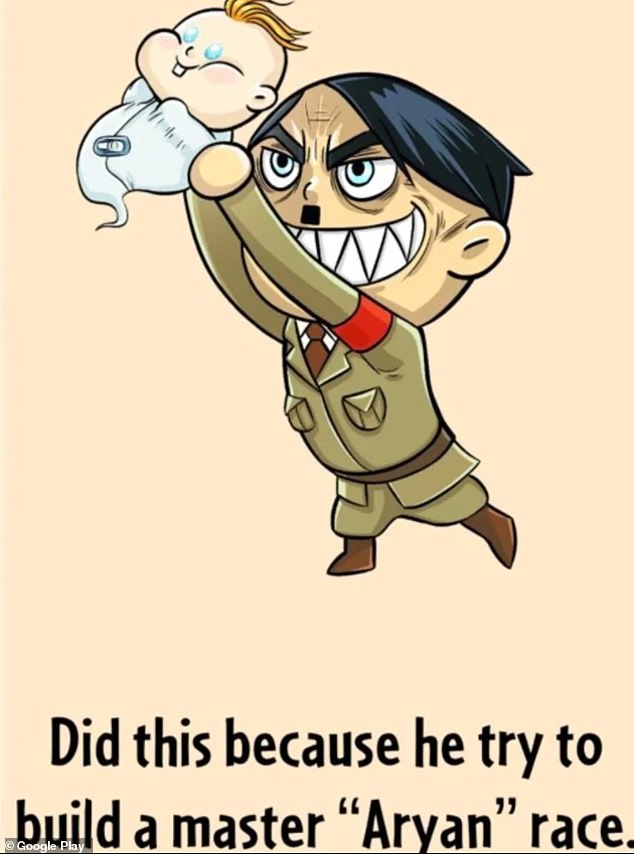 â€œWhy Google and Apple approved this moral outrage is difficult to understand, and I call on them to immediately remove this degrading game from their platform and apologize for this violation,â€ he said.

The controversial game released by Matchingham Games has been announced for ages 12 and up and is ranked 10th in the Apple Store among simulation games.