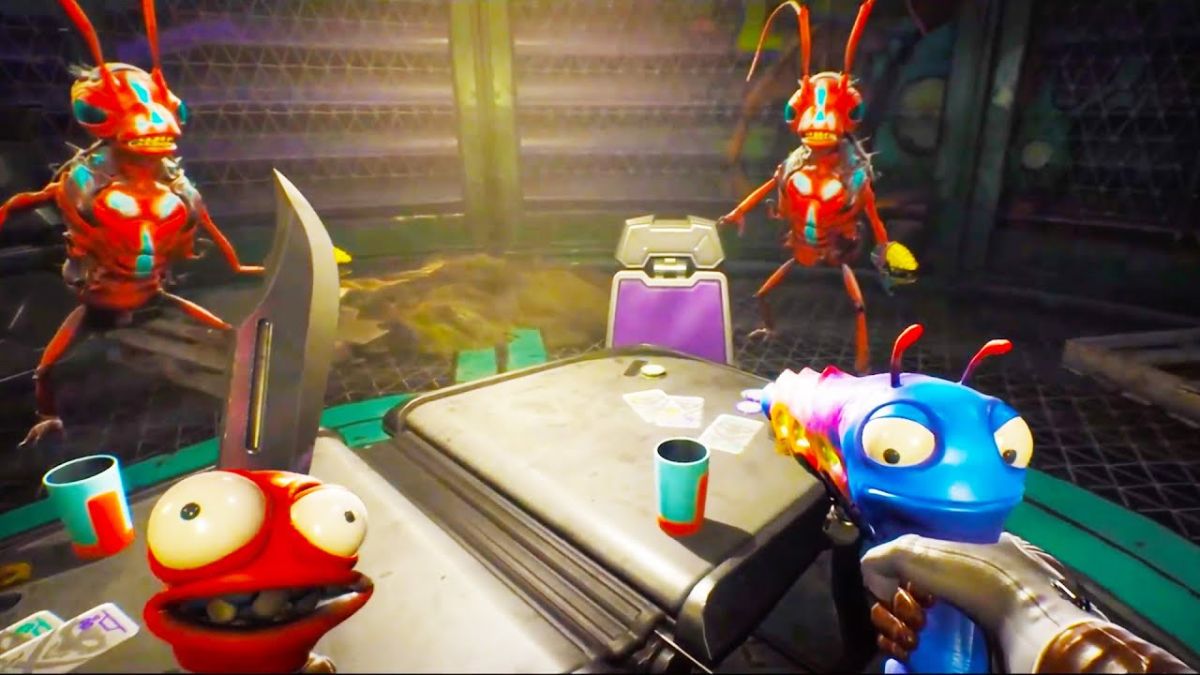 High on Life, an FPS from Rick & Morty co-creator Justin Roiland, appears to be a new member of the “never shut up” gaming club. The cartoon shooter features a gun that constantly talks to you (Roiland, whose voice is instantly familiar) and a knife that’s absolutely stunned to commit murder (also Roiland, doing a decent impersonation of a deranged Taika Waititi). The knife doubles as a grappling hook, which is a bit of a mobility, though his bloodthirsty schtick can age after about five minutes.

High on Life showed a single uninterrupted boss fight during Gamescom’s Opening Night Live. Here is a curse-filled transcript of everything the knife had to say during that fight:

“Hey, I’m still here, you can still use me if you want. I can deflect attacks, did you know that? It’s not just about stabbing. Well, I’m mostly stabbing and tying up, but I can also deflect attacks.

“I bet you’re as nice and squishy on the inside as the others.”

There’s also a lot of banter between your weapon and the boss you’re fighting, which doesn’t go much further than the repartee of:

The knife’s fetid mouth is inexplicably censored in the trailer above, but it wasn’t beeped during the Opening Night Life stream. Maybe the High on Life voice actors are working overtime on this boss fight because it’s early in the game and it’s our first introduction to their personalities, but if that level of banter holds throughout game long I think it’s gonna be a bit too much. The shot doesn’t feel too hot either: the boss takes a lot of hits and doesn’t really react much when hit. Maybe the fact that you save the galaxy or whatever with a pea shooter is part of the joke.

High on Life is coming to Steam and the Epic Games Store in December.

Is Corsair Gaming Stock a Buy?