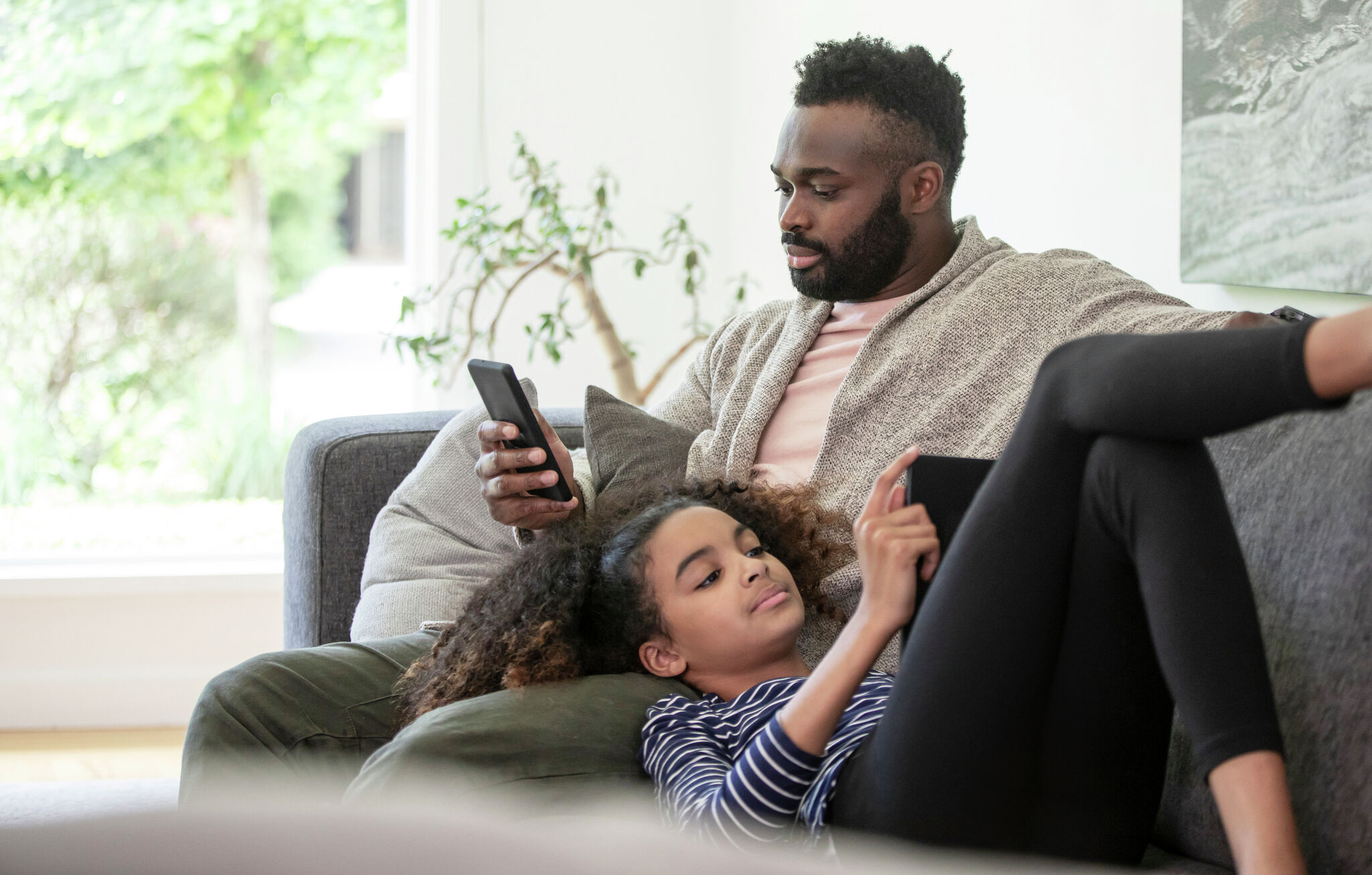 “Go play!” Who hasn’t heard that from their parents? This phrase meant spending time outdoors, with friends or playing with traditional toys for generations of children. And then there was a pandemic. But even before that, today’s pop culture is driving young children away from conventional games (blocks, puzzles, books, trucks, dolls, and pretend play) through the lure of screen time on electronic devices.

According to the Pew Research Center, 26% of American parents surveyed said their children aged 11 or younger spend too much time on smartphones or playing video games. Pew Research also noted that a whopping 60% of children “started using a smartphone before age 5”.


The case of reading

These statistics are alarming, as child development experts at the Michigan Health Lab have found that children are spending more time on electronic devices instead of participating in traditional childhood games. The American Academy of Pediatrics recommends that children between the ages of two and five spend no more than one hour in front of a screen per day, a recommendation with which some disagree.

“I wouldn’t advise giving young children access to electronic devices or screens at all during infancy,” said Dr. Errol Baptist, who maintains a thriving practice and teaches medical students as a clinical professor. of Pediatrics at the University of Illinois. Medicine at Rockford. “What I have been telling parents from the beginning is that children must learn to read. Reading to children begins during pregnancy. From then on, parents must encourage children to read, first with picture books, then with books containing prose. The important thing is to emphasize reading, learning and acquiring knowledge, not learning how to kill someone in a video game.”

The benefits of hands-on child’s play, Baptist says, are many. “Traditional toy play makes children think; it allows them to develop critical thinking skills, build things and use their imaginations. Children understand relationships when they can pick up stuffed animals or dolls and put in real situations.”

“When children come for a visit to the office, I will first ‘check’ on their stuffed animal and then do a check-up on the child. Traditional play gives children the opportunity to develop their ideas instead of having a screen telling them what to do,” he said.

Baptist advocates screen time for children based solely on age, which he says should start later in childhood. However, he acknowledges that educational TV shows and computer-based learning games complement traditional play and reading.

“In my 45 years of pediatric practice, based on experience and evidence, it is clear that children exposed to reading do well later in life. If parents start by making a habit of reading teaches children the importance of lifelong learning. Children who learn to read at an early age have this practice ingrained in them.”

Another compelling reason to severely limit screen time for children relates to brain development in young children. Elaine Sharpe, associate professor of psychology at Rockford University, explains why. “Children three and under cannot distinguish the real world from the imaginary world. Looking at a screen confuses some of their reasoning and presents the world in two dimensions. Young children are tactile and hands-on learners, and that’s not is not how things look on a screen.”

Sharpe said traditional play also helps children develop skills they will use throughout their lives. “Traditional play helps foster creativity. The situations children play with their toys mimic what they experience in real life. They try to incorporate their own lives into their imaginative play.”

Sharpe says relying on electronic devices to entertain children poses developmental risks. “Increased screen time over creative play can lead to sleep problems, behavioral problems and obesity. Because a screen can change quickly, it’s harder for children to process what’s going on. they see, which can contribute to attention deficit disorder.”

“When children play with traditional toys, they are in charge of the action, it happens at their own pace. Children have time to process the scene as they orchestrate it,” she said. “Traditional play lays the foundation for decision making, problem solving and fine motor skills.”

Engaging young children in traditional play is the foundation of the Rockford Public Schools Early Years Program. Vicki Sherman, a preschool teacher for 21 years, has set up her classroom to facilitate hands-on interaction among her students.

“I have several play-based centers that children rotate through every day. They plan and review the centers they visit. My students can choose drama play, block building, science, reading, manipulatives , art and sensory centers,” she said. . “I also have the Cozy Cube, which is a space where kids can retreat and have some quiet time.”

Since the start of her career, Sherman said her students’ use of electronic devices has become more common.

“I’ve seen a change in my students’ behaviors over the years as technology has evolved. Kids these days start using electronic devices when they’re practically babies; they have a hard time to stay alert and have a shorter attention span.”

“When I started teaching preschool, there were no smartphones or tablets, so there were fewer ways little kids could spend time in front of a screen,” she said. “The children only had television or educational computer games.”