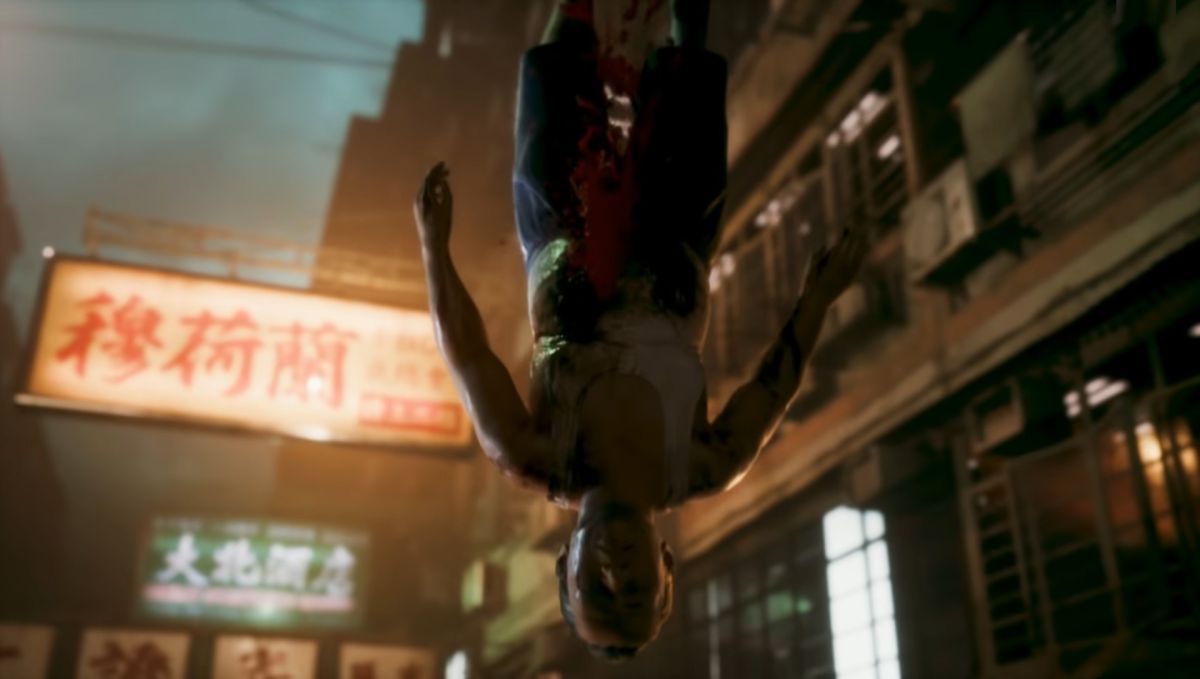 Slitterhead was unveiled at The Game Awards 2021 with what can only be described as one hell of a teaser. It’s helmed by Silent Hill creator Keiichiro Toyama, but as we noted after it was revealed, it seems like a different experience – bright, loud, and really bloody – albeit grotesquely terrifying horrors with too many overly sharp limbs. are obviously still abundant.

In a new Q&A video, the founders of developer Bokeh Game Studio – Toyama, creator of Slitterhead and CEO of Bokeh, along with CTO and Game Director Junya Okura and COO and Producer Kazunobu Sato – revealed more about the game. The session doesn’t go into an in-depth look at the game, but it does reveal some interesting details, including the fact that Slitterhead isn’t a straightforward horror game at all.

“The game doesn’t fit completely into the horror genre,” Toyama explained. “It spans multiple genres where horror is expressed. From there, I wanted to broaden the player base that could access the game, including players who don’t typically play horror games. I wanted a game that can be enjoyed for its action, but whose concept doesn’t just revolve around killing enemies. It disturbs the mind, making players reluctant to participate in certain fights. I want to realize both of action and drama with this game.”

Slitterhead will be in third person, and while it’s hard to parse out the answer, it looks like it’ll be played from multiple angles. It hasn’t been decided yet whether there will be DLCs or expansions – “We need to get a solid main game done first,” Toyama said – but the studio’s founders seem to like that the choice is theirs. from now on.

“At the time, those decisions required Sony’s approval,” Sato said. “In our current state, if it’s fun, we can just go ahead and do it, so if the demand is big enough, it’s easier for us to meet.”

Okura said the developers “want to focus on entertainment rather than pure horror”, so there shouldn’t be games where players decide to give up because they’re effectively frozen in fear. That doesn’t mean there won’t be hard work, though. “There’s an aspect of terror that I want to include even though the game is more action-oriented,” Okura said. “There are also slow and fast moments. I would like to include elements of horror in the slower parts, in balance with the frenetic action moments.”

In that sense, Slitterhead is a bit like Ghostwire: Tokyo, the new game from Tango Gameworks, which we recently described as “more Watch Dogs 2 than Evil Within.” But Toyama said he would like to return to his Silent Hill roots one day, but only under the right conditions.

“I want to one day do something with classic psychological horror themes like I did with Silent Hill,” he said. “However, I prefer to do it when I’m working with very limited resources, like the budget or I have to focus on one person. Right now we have staff who can work on the action. I want leverage their skills to move in another direction. Yet, I also want to do something more personal one day.”

This Q&A video is the first of two parts, with the second set to be released on March 4.