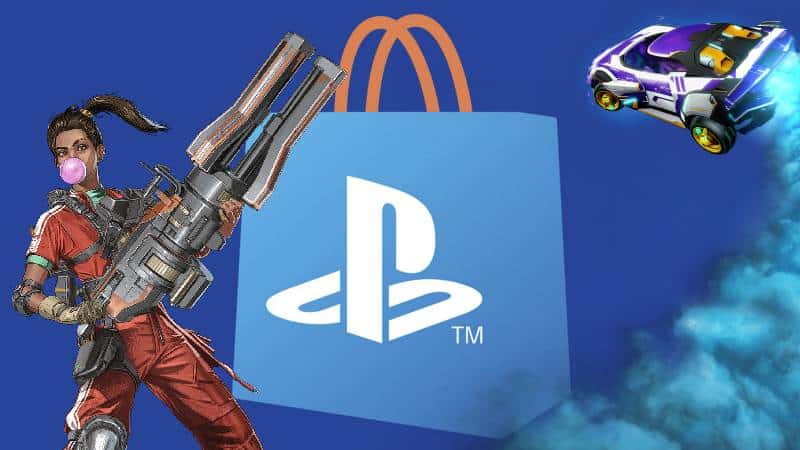 You have a new PlayStation 5 for Christmas, of course all you want to do is play on it. You might have a game or two with it, but what else can you try with that post Christmas bank balance? This might be the reason why you are looking for some of the best free PS4 and PS5 games around.

Some of the most popular games available today are free. And it’s easy to see why – they give you the chance to try out games you’ve never played before without having to fork out big bucks. Of course, there are in-game purchases in most cases, some have paid DLC, so if you want to support the developers directly, you always can. Read on for our pick of the best free games on offer right now for PlayStation 4 and PlayStation 5.

Sure, Fortnite Battle Royale should always be included in all the best free-to-play lists, if only for its sheer popularity. Love it or hate it, the third-person shooter is still one of the greatest games around and keeps players coming back with its ever-evolving gameplay.

Now is a great time to start or revisit Fortnite, as we’re still only in the early days of the final chapter and a new map. Not only that, but more new game-changing mechanics are supposed to be coming soon, including Tornadoes and Riding Dinosaurs. This is one of the best free PS5 and PS4 games that you can come back to with all of its original updates.

Destiny 2 is an action MMO that has grown steadily since its release in 2017. It is one of the best free PS5 and PS4 games that offers a multiplayer experience. You and your friends will play the game through its seasonal content with its constantly changing storyline. But Bungie still allows you to jump in at any time. As we come to the end of the Season of the Lost, there is still time to jump in before the new season begins on February 22, 2022. On the same day, a new paid expansion, The Witch Queen, will also be released.

When you first launch Destiny 2, you’ll create your own Guardian, the playable character you trust as you embark on fascinating co-op missions, face bosses in tough battles, and gradually improve your arsenal of weapons. ever growing. Choose from a Hunter, Titan, or Warlock, plus additional subclasses, to make your Guardian truly unique to you and your playstyle.

If you are looking for something similar to Fortnite that is not Fortnite, Apex Legends maybe more your style. Apex Legends is another battle royale, but this time around you can choose from a range of heroes with varying skills and abilities, which means you have more control over how you play.

Unlike other more realistic first-person shooter games, such as Call of Duty Warzone or Battlefield, Apex Legends has this more colorful rocket, with a range of interesting and varied playable characters to choose from. If you are a fan of hero shooter games and battle royales, this is one of the best free PS5 and PS4 games in this niche. Although Realm Royale from Hi-Rez Studios is a solid alternative.

Taking things in a completely different direction, another hot free PS5 and PS4 game right now is Rocket league. If shooting isn’t your thing, then maybe cars and football are. That’s right, if you’re not already familiar with Rocket League, it’s a plug-and-play combination of motorsport and football, in which you use your vehicle to score goals.

Send your engine of choice flying through the air or spinning across the terrain as you master an incredible set of moves to secure victory for the opposing team.

Brawlhalla is a platform fighter that seamlessly combines the feel of classic games like Tekken and Super Smash Bros with his own unique, chibi cartoon art style. In addition to a selection of original characters, Brawlhalla also offers collaborations with Steven Universe and Adventure Time. If you want the Super Smash Brothers experience without having to spend hundreds of dollars on a Nintendo device, Brawlhalla will do you justice.

Splitgate came out of nowhere in July 2021, offering players who needed Halo multiplayer, combined with portal-like gameplay. The game quickly exploded, with some amazing playtime moments, rewarding quick action and creative sparkle. Since Halo is not a PlayStation franchise, there is simply no other competition that rivals this arcade shooter on the PlayStation Store. This is one of the best free PS5 and PS4 games for this competitive arcade shooter.

Other ways to play for free on PlayStation

With a (paid) Playstation plus subscription, you will also be able to download three free games each month. As long as the games are downloaded in the month they are free, they are yours forever and for you to play whenever you want. And, again, while the PlayStation Now subscription itself isn’t free, PS now is a library of hundreds of games all available to play for free as long as they are on the service.