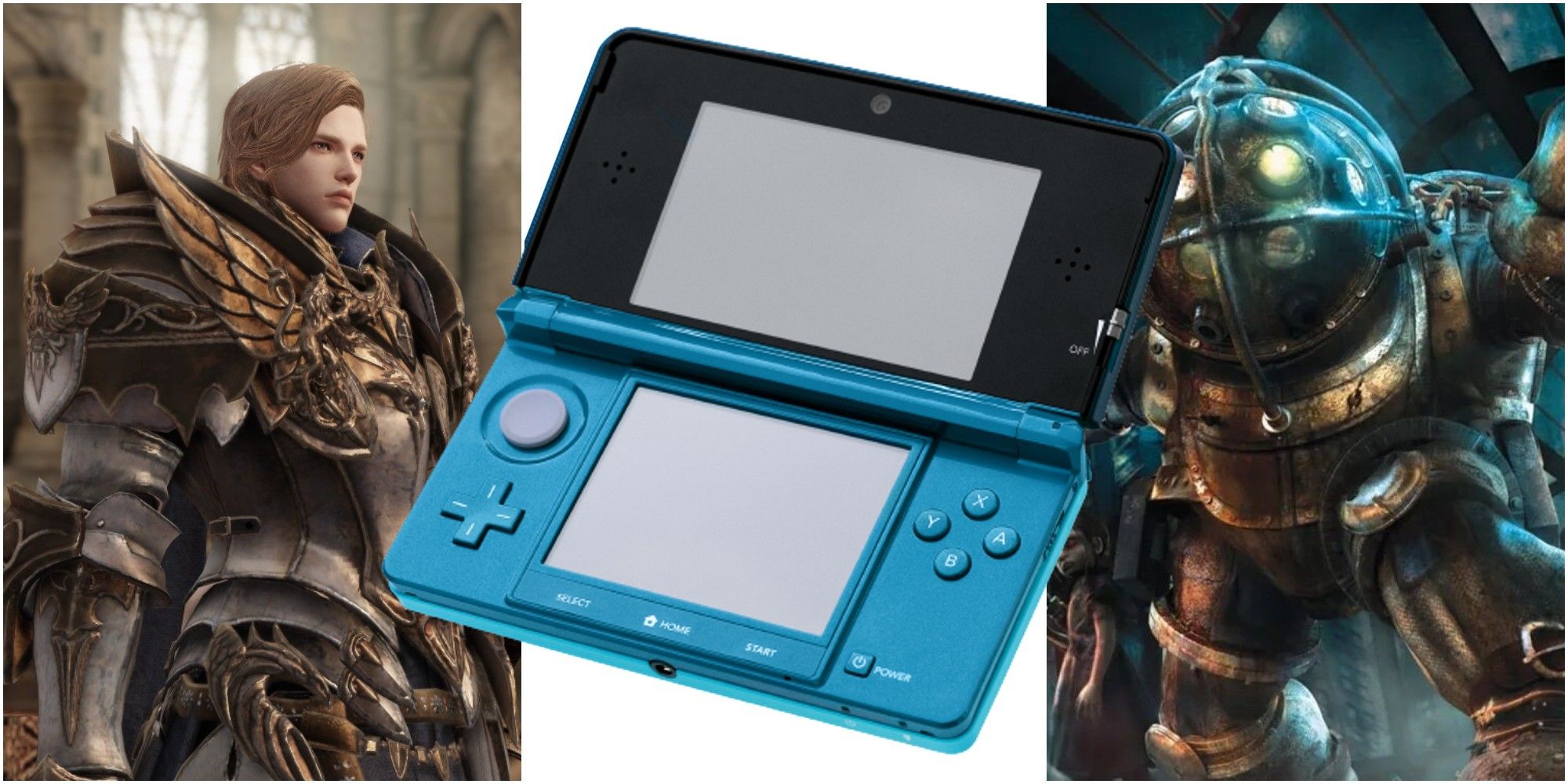 A Bioshock movie, storefront closings, and everything you need to know about the last week in video games.

With each passing week in the gaming world, it feels more and more like the industry is becoming one with other media. The past seven days have been littered with news about some of our favorite games made into TV and movies. More Sonic, a longer wait for The Last Of Us, and now even Bioshock is coming to the big screen. Well, actually, it will be the same screen, but in film form. Many of you might have missed all of this because you were too busy waiting to play Lost Ark or buying 3DS games quickly.

RELATED: Why Lost Ark’s Story Is So Long

Everything you need to know about all that and more is below as we recap the biggest video game news of the week.

Nintendo is ending support for its 3DS and Wii U stores

Last year, PlayStation faced serious backlash from gamers when it attempted to shut down its PS3 and PS Vita online stores. So much so that he finally felt compelled to reconsider this decision. It looks like Nintendo learned nothing from this cautionary tale as this week it revealed it would be ending support for its 3DS and Wii U storefronts. online games via Nintendo for either of these older consoles. The reaction to the announcement was almost as fierce as that to PlayStation’s similar decision, but it remains to be seen if Nintendo will make the same U-turn.

Lost Ark launched last week. If you don’t mind this news, then you might just be the only one. The launch of Lost Ark was huge. It quickly made it into Steam’s top five for games with the most concurrent players. So many people wanted to play that Smilegate created a queue just to join the actual queue to get into the game, and over 400,000 people watched streamer Asmongold sit in that queue. At its peak, over 1.3 million people played Lost Ark this week. That’s more than double the number of copies of Sifu that have been sold so far, launched just days earlier.

CD Projekt Red would have killed for the Lost Ark launch hype when it gave us Cyberpunk 2077 in late 2020. Instead, all it got was complaints and refund requests. The studio has been gradually fixing the game, and against all odds, it might still be a hit, at least for some gamers. This week started with rumors of big Cyberpunk news coming, and CDPR confirmed it by revealing its current-gen upgrade and launching it immediately. There’s even a five-hour demo you can play, though the lack of trophy transfer is a little worrying and very annoying.

Sonic the Hedgehog 2 will be hitting theaters very soon, and new trailers for the movie are coming to us in droves and fast. The first movie was a far bigger hit than expected, which is why Paramount quickly signed on for a sequel. This time, the studio didn’t even wait to see blue blur box office numbers. It’s already been confirmed that the Sonic film series will be a trilogy, and that Idris Elba’s Knuckles will have its own spin-off series on Paramount+. Speaking of which, British Sonic fans will be able to watch this whenever it arrives as it has also been confirmed that the platform will launch in the UK.

Bioshock is coming to Netflix

Bioshock is the next set of games in what’s becoming an incredibly long line to choose from for an adaptation. Netflix revealed this week that it is working with 2K and Take-Two Interactive on a Bioshock movie. Very little has been revealed about the project at this point, although the image shared by Netflix suggests that the film will be based on the very first game. If you haven’t already played it and therefore don’t know its a big twist, you might want to play it now before everyone starts talking about it and spoils it for you.

The Last Of Us doesn’t arrive on HBO until 2023

We’ve known about The Last Of Us TV adaptation for a while. There was a period where something new from the set in Canada was leaked pretty much every week. Those leaks dried up a while ago, but now some legit news has come in from the HBO camp – and it’s not good for those of you who want to see Pedro Pascal’s performance as Joel. Despite previous reports that filming would be done by summer, meaning the series could debut before the end of 2022, it has now been revealed that TLOU won’t debut on HBO until 2023. Hopefully, it is at the beginning of the year rather than at the end. of this one.

The new customization tools are neat, but we need a lot more than neat at this point

Josh has been playing for as long as he can remember. This love started with a mild childhood addiction to the Sega Genesis, or Mega Drive since living in the UK. Back then, Sonic 2 quickly became his favorite game and as you might have guessed from his photo, the franchise has stuck with him ever since. These days, he splits his time between his PS4 and Switch and spends way too much time playing Fortnite. If you’re a fan of games, wrestling and football, follow him on Twitter @BristolBeadz.

Final Fantasy 14 won’t have NFT, gets a graphics upgrade