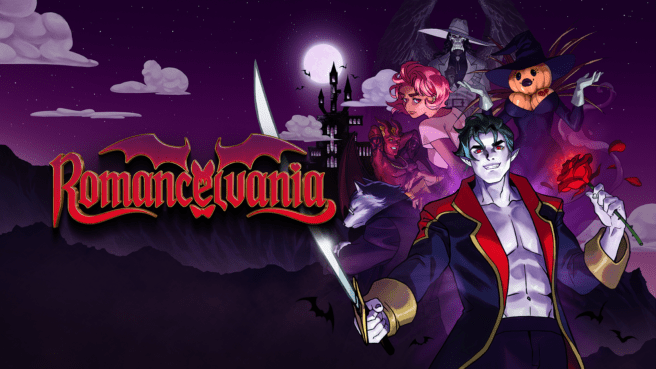 Kickstarter video game development studio The Deep End Games, spun off from the brains behind the BioShock development team, today launches its all-new Trailer for a dark comedy genre mashup Romancelvania, published by 2124 Publishing, at Steam Fall Next Fest 2022! Along with the trailer, Romancelvania will get a playable demo launching today via Steam for fans who want to sink their teeth into side-scrolling action and tongue-in-cheek romance.

Following the successful funding of Romancelvania’s Kickstarter campaign, with additional support from Epic Games’ Mega Grant Fund, a first look at the game is now available to the public for the first time, inviting players to explore Transylvania as Drac in love and sullen, the leader of the game. protagonist, in the first “episode” of this adventure.

The game will be coming to Steam, PS5, Xbox Series X|S and Nintendo Switch and will be released in early 2023. Romancelvania is currently available on wishlist via Steam.

“If I’m being honest, leaving the unsuspecting public demo Romancelvania in this year’s Steam Next Fest showcase is the only ethical thing to do,” said Bill Gardner. The creative director went on to explain that “if we just take out Drac’s satirical and extravagant journey to bring him back to happiness, they might not be able to handle it. I mean, people need to get to grips with the absurdity of classic monsters in a reality show. Throw in stuff like octopuses with gats, flying spaghetti monster bosses and a whimsical werewolf and yes, people have to adjust to the wonderfully weird world of Romancelvania!

The main features of Romancelvania include:

For more information about Romancelvania, please visit http://romancelvania.com/. Romancelvania does not have a set release date, but gamers hungry for more can sign up for the game. newsletter for a chance to win a Romancelvania Steam key when released.

You can watch the trailer here:

We’ll have a preview of the demo later today

EarthSpark will have a video game in 2023