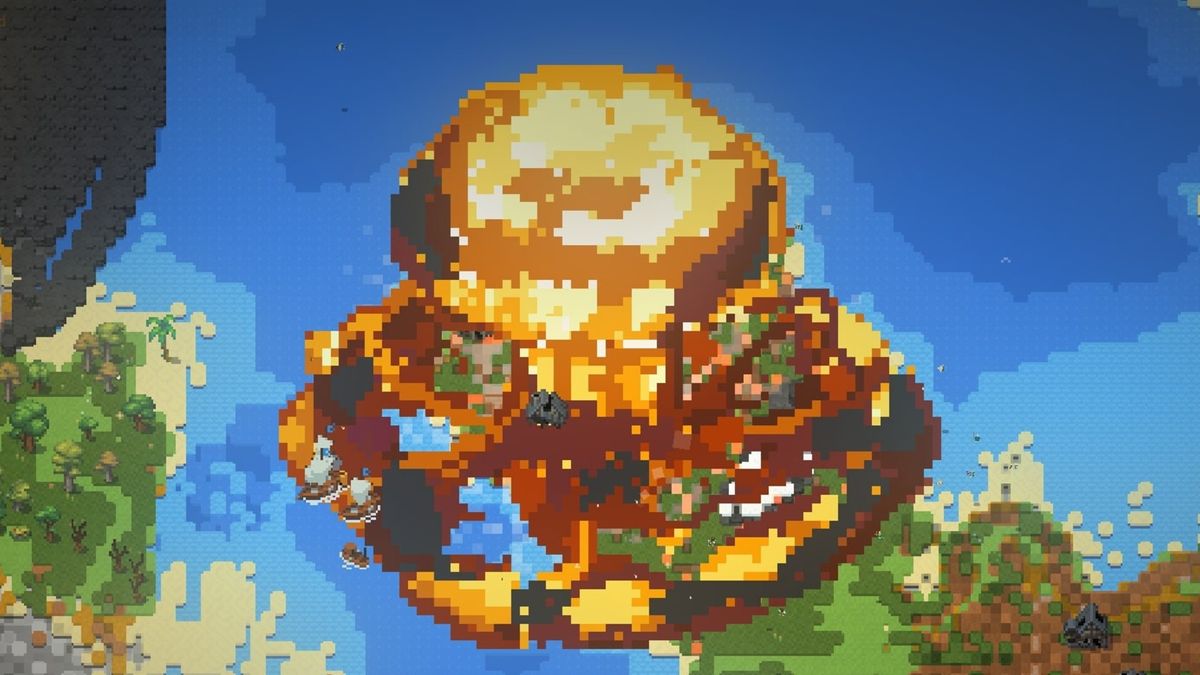 This new god game has a real Thanos snap button

Are you there, my God? It’s me, Mul Nephum of the Kingdom of Odoar. I really hope you are listening. It’s wild here. If the eternal war between the dwarves and the elves weren’t enough, we have zombies in the south and tornadoes in the east. I’m pretty sure humans were all destroyed years ago by this overheated sky laser. Maybe it was the killer snowmen. Tuesdays, am I right? All I know is I’m glad I was out of town when the bowling ball meteors hit.

WorldBox is one hell of a game, and probably because my plague-ravaged and eternally lava-flooded world is worse than any hell these poor dwarves and elves can imagine. It’s a highly customizable sandbox meant to poke around and watch what happens, in line with old god games like Populous. While you can see countless kingdoms and villages clearing, and even more kings take power and then bite the dust, WorldBox doesn’t reach the top of the storytelling of more focused games like Crusader Kings 3. That said, Crusader Kings never let you give birth to a genocidal swarm of nanobots. I think.

WorldBox starts you off with a randomly generated but re-customizable map. Most of the basic flora is abundant and perhaps a few insects roam around. But every man, animal, ore body, and river is forsaken by you. It really is a Garden of Eden, more or less a volcano.

My tenure as a god began with a modest kingdom. The dwarves to the northeast, strewn among the rugged mountains, while the elves took the regions to the west. Humans have been content with a smaller expanse of land to the south.

WorldBox landscaping tools are a treat. I can give the dwarves a mountain dike, protecting them from anything directly south of their peninsula. The Map Generator also provides humans with a huge land bridge stretching from region to region, a rare lifeline between nations widely separated by water. A small group of orcs have also made their home in the Southwestern Isles, though they appear to be vastly outnumbered by the neighboring Elven Kingdom.

As a patient god, I just sit back, increase the timelapse speed of WorldBox, and watch small camps turn into bigger cities over a hundred years. Then I step back for a bite to eat and find that humans have been wiped out in the chaos between dwarves and elves, the righteous race subsuming humanity’s land into their own.

Bad elves. It’s time to thin out the herd. By selecting Zombie Rain from my list of destruction options, I rain the South Elven villages. At 5 times normal speed, the elves valiantly defend their kingdom with arrows attacks, but the horde eventually overwhelms them and begins to slowly crawl north. If things ever get out of hand (and they will), WorldBox offers you a rubber eraser-shaped “eraser” tool for elementary school, and lets you determine how badly you want your judgment to be. is correct.

We wouldn’t want things to be too fair, however. So I speed up my giant Gears of War style thermal ray laser and cook the land bridge to rocky mush. This doesn’t completely prevent my subjects from heading south, but it definitely left a schism between the regions. Accessing the WorldBox world rules page allows me to switch to the war between kingdoms of the same race, just to keep things interesting.

As the dwarves and elves find themselves in a bind, not caring about further expansion, the shape of my world begins to bore me. These pretty archipelagos and pixel peninsulas need a mix. So I summon Crabzilla, an absolute unit of a kaiju monster, to fight its way through the elven realm, occasionally firing laser beams from its claws. The lucky elves are launched a mile and a half into the ocean.

It’s not quite 1: 1, but WorldBox reminds me of Noita, the roguelite spellcaster where “every pixel is simulated”, resulting in some fascinating interactions. As Crabzilla continues his marathon through the Elven Kingdom, it is endlessly fun to see houses, castles, and mountains reduced to rubble. Very hot objects and elements can eventually turn soil and magma into hard stone, leaving a trail of very natural destruction, but simultaneously giving way to new life.

A swarm of nanobots make their way across the continent later, slowly gnawing at every living thing in their path, easily pulling off a Thanos-style slaughter. Oh, did I mention that there is literally a snap on Thanos’ fingers that wipes out half the world’s population? To be God is great.

While WorldBox often feels full of endless possibilities, it’s just as often only an inch deep. I can pick a favorite creature to follow and watch their rise and fall (there are loads of kids drafted into armies), but this is the kind of storytelling where you have to read a bit between the lines to assign a personality. . It’s fun to see which kingdoms move a little faster, shifting from wooden structures to stone, but the culture seems to stop at colosseums and indescribable statues. Other humanoids may play a role in world history as well, such as winged demons, Game of Thrones warriors, and ridiculously overpowered mages, but their existence seems limited to combat.

It’s fun to see how much WorldBox shares with the great strategy games, even though it doesn’t present an ultimate goal to the player and almost always ends with a nuclear bomb that kills boredom. Watching the borders of a realm stretch, retract, and suddenly disappear tickles a part of my brain that truly enjoys being tickled. Whereas WorldBox is on the verge of becoming an Early Access game on To smoke, I can’t wait to see what other manic tools will be added to the toy box.