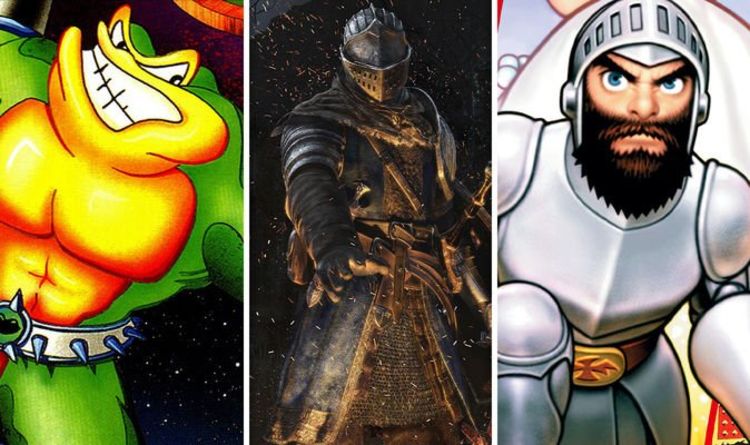 Toughest Games EVER: Dark Souls, Battletoads, Ghosts N Goblins – How Many Did You Finish | Games | Entertainment

Dark Souls, Ghosts ‘n’ Goblins, and Battletoads are some of the toughest video games ever made, it has been revealed.

A new study has uncovered the ten most difficult and frustrating games based on skill level, time it takes to complete and more.

The study – which was conducted by Online Casino – confirmed that Ninja Gaiden was the hardest game to complete, followed by Dark Souls and Osu!

Free rhythm game Osu! is also listed as the longest game to complete, taking around 344 hours to complete.

In fact, it’s such a long game that about a third of people stop before they finish.

Elsewhere, Bloodborne and Dark Souls walkthroughs would be the most searched on Google.

When it comes to the ten most frustrating games, Capcom Ghosts ‘n’ Goblins platformer tops the list.

The ten most frustrating games ever made …

If you want to test your mettle, you can try Capcom’s Ghosts’ n Goblins Resurrection on PS4, Xbox One, Nintendo Switch, and PC.

â€œWatch this nostalgic but completely reinvented world of the storybook unfold before your eyes,â€ the official description reads.

â€œTaking inspiration from both Ghosts ‘n Goblins and Ghouls’ n Ghosts and giving birth to something entirely new, Resurrection is a title worthy of its name.

â€œDon’t be fooled – this quaint storybook world, while beautiful, is a love letter to the original titles and retains the same punitive gameplay fans have come to expect. So go ahead and test your mettle, for the glove has been thrown away! “

Final Fantasy score gets its due at the concert hall