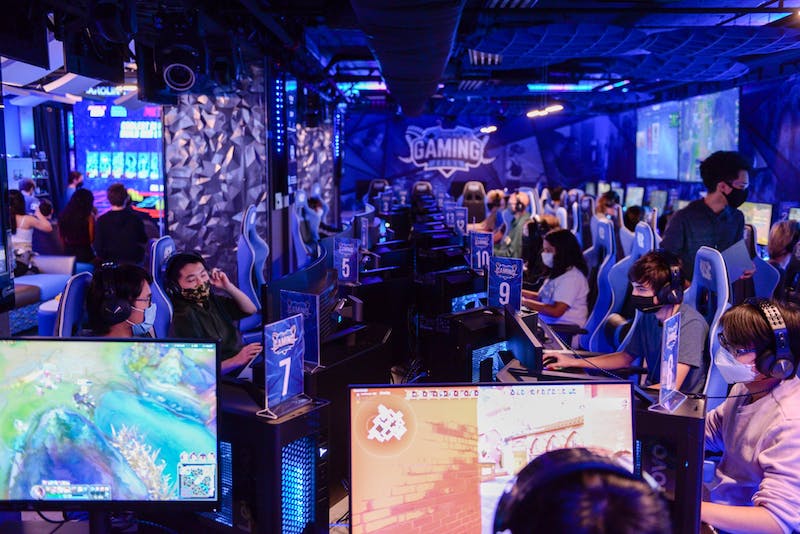 Student Union’s Wendy’s was the unofficial place to play with friends at UNC.

But the equipment had to be installed and then dismantled several times and the planning proved difficult. To create a more permanent solution, the University created the Carolina Gaming Arena.

The arena, which opened in June, is located on the ground floor of Craige Residence Hall. Easily distinguished by bright lights and a welcoming environment, it offers a new home for playful students.

Computer science graduate Kenan Poole has been a part of the UNC gaming community since his first year, when he started playing Super Smash Bros. Ultimate with a group of friends.

â€œWe were playing in Wendy’s, or we were playing in the Underground,â€ said Poole. â€œThis year is the first year that the gaming arena is open. Now we have a space where we can actually host our events.â€

Poole said he was able to help Super Smash Bros. Ultimate every Sunday night in a place he can call his own.

â€œI like that we have a designated space that we can point to,â€ Poole said. “We might have been looked down upon for being in Wendy’s, just for having a bit of an unofficial setup.”

A permanent location makes events more accessible, not only for UNC students, but also for players from other schools who wish to join, such as North Carolina State University. Poole said being so close to Craige Parking Deck also gives students more parking options, especially on weekends.

The UNC has chosen to promote the arena through its resident advisers.

RA Hope Gambill, a second-year major in Political Science and Philosophy, said that when RAs completed their training before their regular move in, one of their activities was visiting the new Carolina Gaming Arena. The idea was to encourage RAs to organize events in the arena so that their residents feel more comfortable using the facility themselves.

â€œIf your RA can plan it, then you don’t have to do it yourself,â€ Gambill said. “You can go there with people you already know.”

RA Nikki Rafferty, a junior specializing in economics and English, also finished the tour and played games with her friends, taking an interest in the virtual reality offered in the arena.

There are a variety of games on offer, from more casual games like Mario Kart to â€œthe newest and best games,â€ Rafferty said.

Another advantage of the facility is the different skill levels that the arena can accommodate. Students can come into the arena without any gaming experience, or they can be professionals.

Rebecca Kielmanowicz, a freshman majoring in computer science, watched an Esports tournament in the arena and played Smash Bros. on Nintendo Switch. Kielmanowicz said even the fact that the arena is something available to UNC students is exciting for her.

“I hope they have more games because they don’t have a lot of selection at the moment,” Kielmanowicz said. “But it’s really still cool.”

Carolina Gaming Arena’s 36 PC stations, three game console zones, over 100 games, and multiple monitors are available to play for free, as well as reservation. Clubs will be hosting events in the arena, including Smash Weekly and Variety Game Night.

Since opening at limited hours in June, UNC students have used the arena for various activities, which they could not do in the student union.

â€œThe access to the equipment is amazing,â€ said Poole. â€œWe have the Internet here, Ethernet, so that just makes it accessible and that’s what makes it huge. And they gave it their all.

To receive the news and headlines of the day in your inbox every morning, subscribe to our email newsletters.

Why was Disney’s original “Aladdin” video game so frustrating? Suddenly everything makes sense