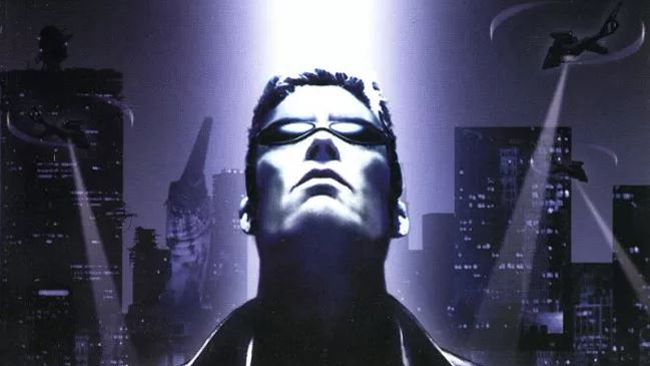 Deus Ex is of course the classic example, rendered in a meme so old that it comes from an era before we even called them memes. But a lot of other games live in our subconscious after we stop playing, and just mentioning their names is enough to make the music in our heads spin. Maybe it’s that MMO that you always come back to, maybe it’s the RPG where you can always try a different version. Maybe it’s actually just Deus Ex.

Here are our answers, as well as some of our forum.

Robin Valentin: It’s Darkest Dungeon for me. While I love the game, I never really finished it, or even saw its final stages. I’ve never even been to the eponymous final dungeon. As far as I can’t get enough of the atmosphere, it’s so long and cranky, and every time I come back to it I feel irrationally compelled to start a new save over again. Eventually I burn myself out, until a few months later when I see some big fanart or someone quotes a line from the narrator, and I think “I should go back and finish it this time!” A Sisyphus limb of my own creation. At least that sounds like something the narrator would say.

Jacob Ridley: BioShock. I must have replayed the game dozens of times in so many years, but I will always have that itch of going back whenever it is mentioned.

Phil Sauvage: I’ve always found Deus Ex an odd choice for this trope, because honestly, it has time to engage in long, single-player games lasting several hours on the internet. For me, this really only happens with more rapid-fire experiences – multiplayer shooters or roguelikes that I haven’t completed yet. Dead Cells, Into The Breach, Team Fortress 2: games I can experience in short bursts of fire, from which I will shoot something new every time I play.

That said, I will reliably return to the Deus Ex soundtrack when I see it being discussed. This Hong Kong background music slams.

Wes Fenlon: This goes for just about any Total War game, but especially Shogun 2, which was my introduction to the series and still has some of my favorite units to take into battle. Spend five minutes telling me about any all-out war, and I’ll immediately begin to wonder if I should start a new campaign. Maybe tackle one of the billion expansions where I never spent enough time? Fall of the Samurai is of course cool … again, I never finished conquering China in Three Kingdoms. I could resume this campaign – orrrr I could start over as a brand new faction. How long before the release of Warhammer 3, again? Maybe I should just wait for this one.

I think the reason why I don’t Actually Falling back into Total War whenever the temptation presents itself is that there is so much of it, the choice paralysis slows me down long enough for the urge to pass. That, and knowing that I would dump whole weeks into a new campaign. The fall of the samurai is really cool, though …

Richard Stanton: I play Counter-Strike and it’s definitely a game where my enthusiasm is rekindled every month or so by seeing it in the news, whether it’s esports or a new operation or whatever. As soon as I start reading or writing Counter-Strike, I just feel like it, and that night I’m going to kind of slip into a hook or crook game.

Sometimes it happens with others, not every time they are mentioned but when you’ve had enough reminders, or it’s just a total surprise. Zombies Ate My Neighbors, a real LucasArts gem that has been lost for many years, recently appeared on Steam and I just had to go back (still an ace!). Oh, and Starcraft 2. I have been obsessed with Wings of Liberty for about two years of my life. I don’t play it a lot these days, but every once in a while something Starcraft 2 related will remind me that it exists, and that night I’ll go on and give a lucky soul a very easy victory. .

Christophe Livingston: Weirdly, it’s sinister, dark, and punishing games like DayZ, Stalker, and Frostpunk. I think I associate such strong feelings with these games: tension, stress, fear. Why are these bad feelings so convincing? I am not sure. I think maybe it’s because most games don’t really generate a lot of strong feelings in me. Having fun isn’t as memorable as feeling panicked, horrified, or so tense that my heart starts racing. This is what I remember and this is what always reminds me.

Morgan Park: It’s definitely Hitman for me. As soon as someone talks about an interesting killing method at a level that I haven’t tried yet, I feel compelled to reinstall and finally 100% this game. That usually means I put another 10 or 8pm, having fun learning new things on old maps, then getting stuck on an overly ambitious idea until I give up. Finally, I have to erase it from my SSD, because the whole trilogy of levels is a billion gigs.

Jody Macgregor: I finished Vampire: The Masquerade – Bloodlines with three different clans, and started but never got to the end with three more. There is still no other game like this. It’s such a specific flavor – a gothic, urban RPG that gives you so many options it’s about to be an immersive sim – and any mention brings the taste back immediately.

Andy Chalk: I mean, it’s Deus Ex. This meme exists for a reason, you know. But if we want to use a “No DX” rule, then System Shock 2 is very close. Every time I hear this, or I read “look at you, hack”, or I just start to think about it for no particular reason, boom, the itch is there. It’s such a good game. I resist the urge because I know that nostalgia can only take me to a point, and there are no surprises for me anyway. (System Shock 2 is one of the few games I’ve played more than once.) But I never stop thinking about going back. Maybe one day I will.

Zloth: Final Fantasy 7. In fact, you don’t even have to mention it. Only the first 7 notes will do this.

Brian Boru: Oh Civilization 4 without a doubt. I fight manly to resist, because I know that if I succumb, it’s gone for the next 3 months! Civ4 is like a comfortable old shoe, or that always happy person that you haven’t seen in a while.

Pifanjr: The first games that come to mind are Black & White and Skyrim. Fallout: New Vegas too, especially when I hear Big Iron somewhere. Other notable mentions are Dark Messiah of Might and Magic and Lord of the Rings: Shadow of Mordor because the combat is so satisfying.

Dwarf Fortress is another that I come back to every once in a while when something reminds me of it (often it’s music that reminds me of the theme or music I listened to while playing the game).

ZedClampet: To me, it has to be a sandbox-type strategy, management, or construction game. The games that tend to happen to me right now are TWW2, Satisfactory, Scrap Mechanic, Roller Coaster Tycoon (one of the first three) and Satisfactory. The only shooter I ever felt this with was RE4, but my last part on it was a few years ago. There are other games that I have replayed, but they do not meet the requirements of the question.

Colif: Look at Avatar … I can’t even listen to his music without wanting to play it. So I don’t listen to his music … Journey. Sacred 2. I was tempted to replay WoW a few years ago, but I have reason to avoid MMOs. It was Diablo 2 but hey, no longer needed.

main : Great. Thanks, now I want to install and play Deus Ex. When I play it I play Deus Ex: Revision which is a community created mod / project that updates the Deus Ex GOTY edition with better graphics, textures, higher resolutions and many other features that make it better on newer PCs. . It still looks a bit dated, but still a lot better, you just need to own and install Deus Ex GOTY, then install Revision (which is free) and have your own Steam page.

OsaX Nymloth: Huh, did anyone mention Baldur’s Gate / Icewind Dale or Fallout 1/2? I felt a sudden urge to replay them. Again for the umpteenth time. And yes, I played them again about last year, how did you know that? Over the past few months, I have had a small but growing desire to see Alan Wake again. And I guess I will, with the remaster revealed not too long ago.

Frindi: Definitely Morrowind. It’s that game that I always come back to whenever I need to find a quiet place.

Sarafan: There are a lot of games that I can play over and over again. The most notable are Bladur’s Gate 2, Neverwinter Nights: Hordes of the Underdark and … Quake 1! The first title is legendary and basically everything has been said about it already. I prefer the Enhanced Edition for the UI improvements and the zoom feature it introduces.

NWN: HotU is an interesting example though. NWN’s solo experience overall is not as good as it was in BG2, but the HotU epic level campaign is of the highest quality and we can certainly say that there is a glimpse of the old genius of BioWare there.

The first Quake is also a legend. Its strong point is the dark and dismal atmosphere, but there is balance in it. You don’t feel overwhelmed. You just have to go through the wonderfully designed levels and shoot anything that comes your way. It is, however, a different experience than modern Doom games. Considering that a remaster has been released recently, this is a good opportunity to jump into the game!