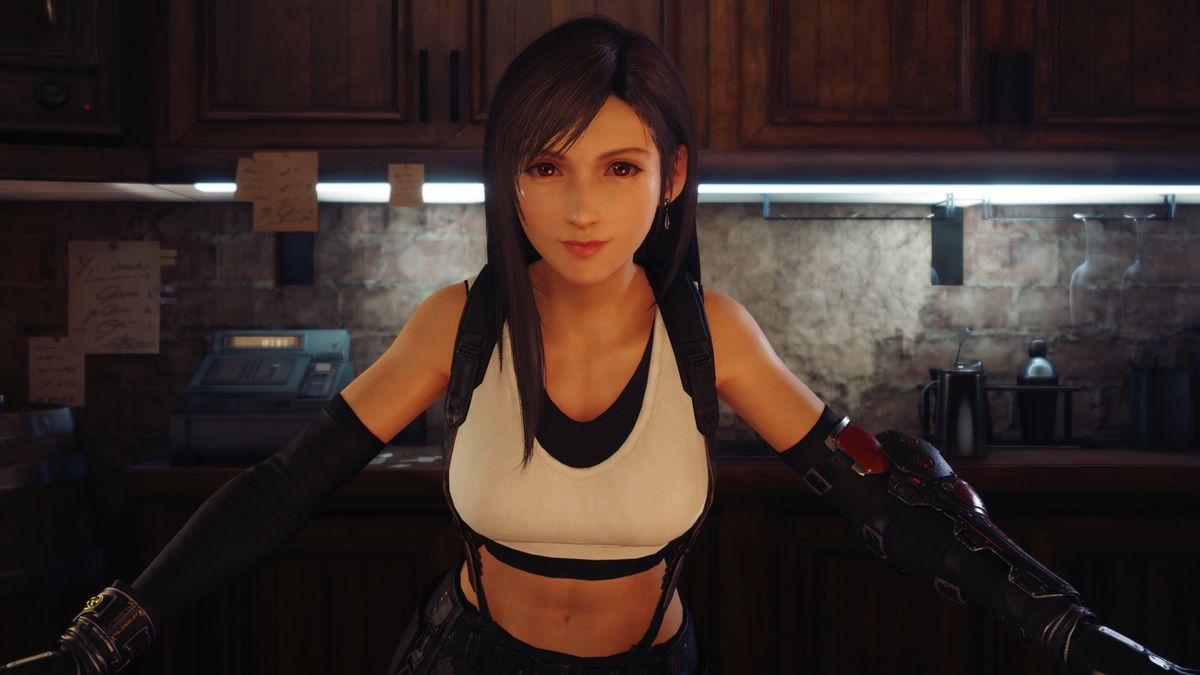 Every RPG must have an inn or tavern, and mystery games usually involve a trip to a dive bar. They are also a mainstay in adventure games and open-world crime games. Like bars in real life, they might have mini-games to play, like darts or pool or find a local to beat up for Geralt, but they’re also places where you can get to know the locals, whether you looking for clues or recruiting new party members. And, of course, you can just get blitzed and watch the graphics go blurry.

Here are our answers, plus some of our forum.

Christopher Livingston, Feature Film Producer: Being a Blade Runner fan, and with the (apparently very bad) remaster of the Blade Runner game (opens in a new tab) so recently released, I guess Taffey Lewis’ bar, the Snake Pit, immediately springs to mind. It’s a crowded, smoky joint where you can grab a drink, see a lady dancing with a snake, make an expensive local phone call, and watch the worst stand-up in history (opens in a new tab) before being hit on the head by a cop. (Note that the game also misspells Taffey as Taffy.)

I guess it doesn’t really look like a cool place to hang out, but it has historical value. This is where crack detective Rick Deckard interrogated Lewis by asking him two full questions before getting drunk on free drinks and then shooting a woman in the back. Wait…am I a Blade Runner fan? It all sounds awful!

Lauren Morton, Associate Editor: Driftwood’s Black Bull Tavern in Divinity: Original Sin 2. I really enjoy the game tavern songs and the lively tune playing in Driftwood’s bar on its crowd vibe is a personal favorite. Oh, there’s also a haunted ship captain hanging out there and people watching is another great tavern activity. There are also some great songs in The Witcher taverns, but you couldn’t toss me enough coins to hang out in one, thank you.

Ted Litchfield, Associate Editor: Vampire: the Masquerade—Bloodlines has great bars: weird little raver clubs filled with absurdly dressed NPCs dance like cybergoths (opens in a new tab). Santa Monica Asylum, run by vampire descendants Jeanette and Therese Voerman, is awesome, but if I could only visit one, it would be Confession (opens in a new tab) in downtown LA. This nightclub in a spooky Gothic church is, oddly, the least vampire-related business in the game until you come along and take co-ownership. The vibes are impeccable and I would love to go there and party like it’s 2004.

Tyler Colp, Associate Editor: I just wanna hang out with a skeleton in Grim Fandango’s Calavera Cafe (opens in a new tab). It’s technically not a name bar and it’s also full of snotty rich people and rigged roulette tables, but it would be great to sit down and see what’s going on. Rubacava freaks are sure to come and go from there and they sure have stories to tell. I want to sit in one of those fancy booths, sip something sweet and listen to what they have to say.

Jody Macgregor, Weekend/AU Editor: It’s a tough decision. I top the darts leaderboard at Seventh Heaven in Final Fantasy 7 Remake, which I can’t say about ads like Yakuza’s STIJL, despite the hours I’ve spent there. I’m also terrible at the Yakuza version of pool.

I’ve heard there are hotels in Baldur’s Gate as clean as an elf’s ass, which seems like a solid recommendation – even more so in D&D editions where all high elves know at least one cantrip , presumably conjuring, which allows you to magically clean “an object no larger than 1 cubic foot”. D&D rules are oddly silent on the size of elven buttocks, however.

Instead, I’ll go with Deep Rock Galactic’s Abyss Bar. It has a killer jukebox, a friendly robotic bartender, is well stocked with Skull Crusher Ale, and you can play Barrel Hoop. It’s a game where you throw barrels through a hoop, causing them to explode.

Slask: I would go to the new Port of Skellige from Witcher 3. Seems like a nice place.

Brian Boru: Not many bars in the games I play so I guess the Spread Eagle in the town of Fall’s End in Far Cry 5. Once liberated the town is a safe haven so it would be nice to have a cold one and catch up with Marie Mae.

major : Chora’s Den on the Citadel in Mass Effect 1, so I could watch the Asari dancers.

Fridis: I would visit The Prancing Pony in The Lord of the Rings Online. There, I would have tried to get the latest rumors from Mr. Butterbur, while drinking at least a few beers and maybe even meeting Strider or Gandalf.

Zloth: “The progress bar” of Tron 2.0! Programmers are treated like gods there. I’m in!!

ZedClampet: I don’t know his name, but there was a bar in Fallout 3 with a friendly ghoul as bartender. He always called me “drunk”. As long as I didn’t have to stay in the world of Fallout 3, I would go to this bar and hang out with the bartender.